A total of 17 employers associated with meat processing have been inspected by the Workplace Relations Commission (WRC) since January 2019, according to Minister for Business, Enterprise and Innovation Heather Humphreys.

Minister Humphreys was responding to a question in the Dáil last Thursday, May 21, from Green Party TD Francis Noel Duffy.

In response to deputy Duffy’s concerns over employee welfare in meat plants, highlighted by the clusters of Covid-19 in meat plants, amounting to 828 cases at the time, the minister said:

“Since January 2019, 17 employers associated with meat processing have been inspected by the WRC.

In six of those cases, contraventions of legislation were detected and three have been approved for prosecution, with inquiries ongoing in the other three cases.

“No breaches of the language training or accommodation conditions were detected.

“In addition, the HSA [Health and Safety Authority] has all the necessary powers to take action in such matters.

“The first thing it wants to do is to work with employers and employees, but the authority has all the powers it needs to go into any place of work and close it down if that is what it deems necessary to do,” the minister concluded.

“I do not have the exact number of inspections in meat plants. That information is confidential to the authority officials and they do not share that information with me.

However, I can say that since last Monday [May 18] they have had 240 inspections in an overall mix of businesses.

“Included in those 240 inspections were meat plants.” 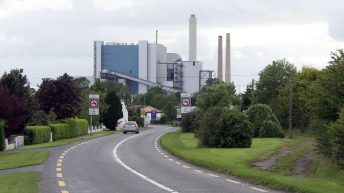