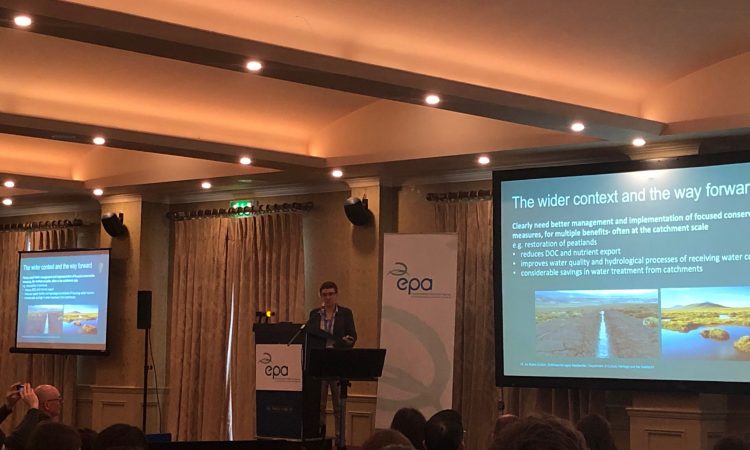 National Parks and Wildlife Service (NPWS) which is part of the Department of Culture, Heritage and the Gaeltacht has highlighted the need for “better management and implementation of focused conservation levels” for natural habitats in this country.

The comments came during the Environmental Protection Agency (EPA) National Water Event 2019 in Galway last week where the focus was on water quality and how – as a country – we can move “from knowledge to action” on the matter.

Rebecca Jeffrey, NPWS, told those gathered that there were “pressures” on the country’s habitats and they were coming from a number of sources including agriculture, forestry and wind farms.

Meanwhile, on May 8 last, the NPWS released Ireland’s sixth national report to the UN Convention on Biological Diversity.

The report indicates that 91% of protected habitats are in poor or inadequate condition and more than 50% are in decline. In addition, it also points to the 14% of species assessed that are considered “endangered”.

“There has been no improvements in freshwater habitats over the last six years,” Jeffrey then added, before pointing out that conditions, in general, have not improved all that much for the county’s protected species or wildlife in the intervening years.

And, in an effort to deal with the difficulties, Jeffrey says that all natural areas – water, wetlands, peatlands, etc. – have now come “under scrutiny”.

“As part of the overall effort to ensure that directives are adhered to, NPWS employs rangers on the ground that work to a regional structure, while scientific staff provide the evidence base for designations of sites,” she continued.

Both of these, added Jeffrey, have been transposed into Irish law by the 2011 birds and natural habitats regulations.

“The Birds Directive was one of the early pieces of legislation in the EU – particularly regarding nature – and was introduced in 1979; it was then updated in 2009,” she continued.

“The Birds Directive aims to protect all of the 500 wild bird species naturally occurring in the EU.”

The marine areas include what NPWS describes as “productive intertidal zones of Ireland’s bays and estuaries that provide vital food resources for several wintering wader species including dunlin, knot and bar-tailed godwit”.

Marine waters adjacent to the breeding seabird colonies and other important areas for seaducks, divers and grebes are also included in the network.

According to the NPWS website, the remaining areas of the SPA network include inland wetland sites that are important for wintering waterbirds as well as extensive areas of blanket bog, and upland habitats that provide breeding and foraging resources for species including merlin and golden plover.

Meanwhile, agricultural land also represents a share of the SPA network; it ranges from the extensive farmland of upland areas where hedgerows, wet grassland and scrub offer feeding and/or breeding opportunities for hen harrier to the more intensively farmed coastal polderland where there are internationally important swans and geese.

“The Habitats Directive – which was first adopted in 1992 – ensures the conservation of a wide range of rare, threatened or endemic animal and plant species,” Jeffrey continued.

“Approximately 200 rare and characteristic habitat types are also targeted for conservation in their own right. The directive places an onus on Ireland to designate Special Areas of Conservation (SACs). Under its rules 44 habitats and 21 species are water dependent here.”

Those gathered at the EPA conference heard that SACs cover an area of approximately 13,500km² – roughly 53% is land – while the remainder consists of marine or large lakes.

“Across the EU over 12,600 sites have been identified and proposed, covering 420,000km² of land and sea,” Jeffrey confirmed.

“The vast majority of protected species in Ireland are connected with water, and as a direct result of this, water draws everything together for the habitats and species.”

Jeffrey went on to say that Natura 2000 is the collective name for SPAs and SACs and the Habitats Directive draws in the sites in relation to management and protection.

In terms of the pressures that are there, there are many, and water pollution is at the top. We also have pressures in terms of drainage, over-extraction, etc.

“We are working in the knowledge that some things take time to get results – clearly we need better management and implementation of focused conservation levels.

“What the major conservation sites need is for us to look beyond water quality and consider other ecological requirements of habitats and species.” 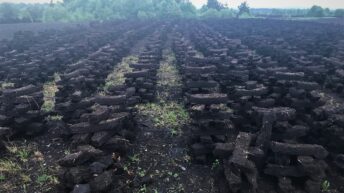