‘The more grass I grow, the more profit I make’ 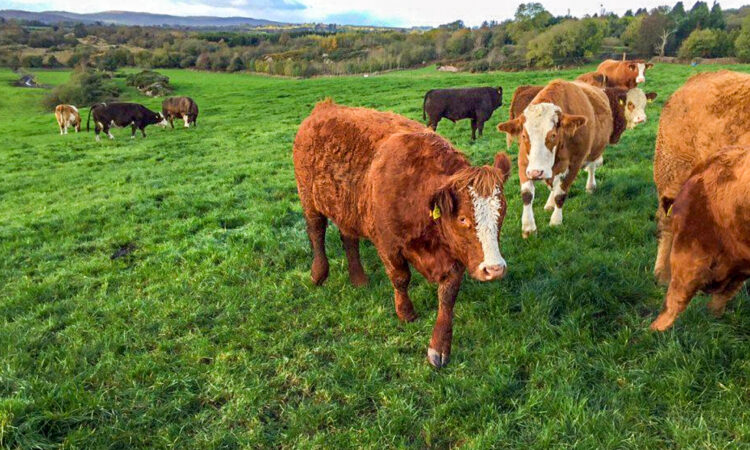 Farming 50ha in Kilnamartyra, Co. Cork, Ger Dineen and his family have made considerable changes to their suckler-to-beef farm in recent years.

The farm is made up of 12ha of forestry and 32ha of grassland; 66% of the ground is described as dry, while 33% would be classified as heavy.

60 suckler cows are the backbone of the operation and all male progeny are brought to finish (under 16 months). The herd is made up of Simmental, Saler, Angus, Limousin and Shorthorn cows; Fleckvieh Simmental is also used to add more milk to the herd.

Ger also keeps 20% of the heifers as replacements and surplus heifers are sold for breeding. AI is carried out on the cows and heifers and these animals are bred to maternal sires; this is done by Ger himself.

Ger spoke at the Irish Grassland Association (IGA) Beef Conference and Farm Walk – which was sponsored by MSD Animal Health and Mullinahone Co-op – on Thursday, May 24.

Ger has made many changes to his farm in recent years. Adverse grass growing conditions – throughout 2012 and a difficult spring in 2013 – thought the Cork-based farmer a valuable lesson; he now matches stocking rate to the grass he can grow. 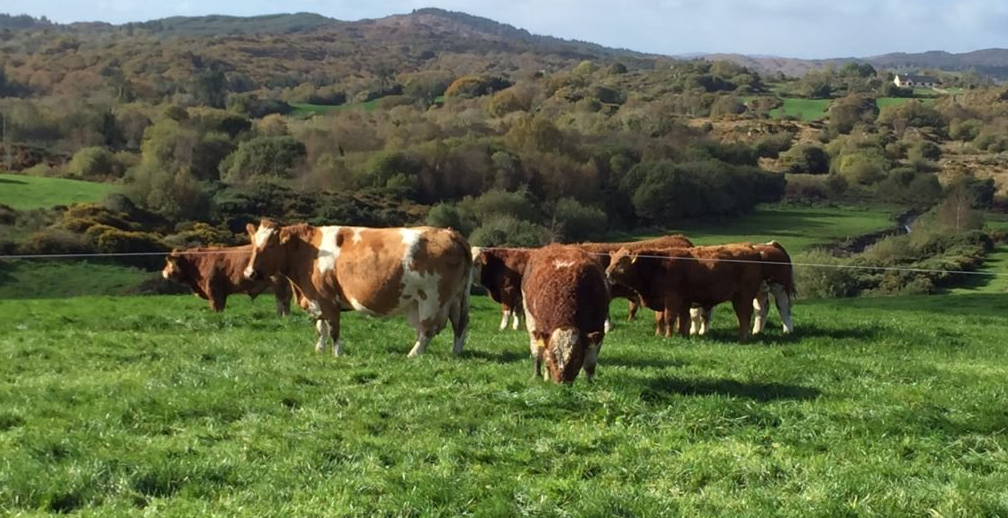 These impressive results were achieved through fixing soil fertility and reseeding 10-15% of the farm every year. He also highlighted grass measuring as a useful tool when it comes to grassland management.

He said: “I measure my grass every week and insert the information into PastureBase; I can see the paddocks that are doing well and the ones that are performing poorly.”

On this, he said: “My farm is good to grow grass when all the conditions are right. It was like having an extra farm beside me and my stocking rate went from 1.4LU/ha to 2.4LU/ha.

Ger has developed a paddock system consisting of 32 paddocks – measuring 1ha in size on average; he also has focused a lot on drainage and infrastructure.

On this, he said: “For me, roadways are essential. I think there should be a grant in place for roadways instead of housing; we want the cows out and not inside.

“Some of my paddocks are perfect for P, K and lime, while others are not. They are peaty soils and they are cold and wet; that’s why I put drains in.

I can’t compare my best ground to my worst ground.

Commenting on the ongoing drainage work, he said: “I’d rather put in more stone than pipes. I find that the pipes get blocked. It costs me somewhere in the region of €500-600/ac; it’s expensive, but if I can get 4t/ha extra it pays off.”

In wet paddocks, Ger places drains 30ft apart. An excavator and shoring bucket digs a channel 1.5ft deep and this is filled – to the top – with 2in drainage stone. By doing so, he increases grass growth in some of his poorer paddocks from 8t/ha to 12t/ha (dry matter).

This is most definitely a grass-based system. Ger outlined that it was costing him approximately €1,200/week to feed his cattle inside during the spring of this year.

In a normal year, Ger turns his cows and heifers out to grass in February and he outlined that good spring grass is better than 10kg of ration and that it is a lot cheaper.

He said: “By achieving an early turnout, I can cut my costs by €1,200/week. The biggest problem this spring was getting out to grass to graze it; that’s why I find that roadways are just as important as housing.

“I’ve really realised how important grass is; the more paddocks you have, the more control you have over grass,” he added.

How does Ger increase grass grown and utilisation?

During the grazing season, Ger grazes his calves ahead of the cows. Therefore, the calves have access to the fresh, new pastures before the cows.

He does this by simply lifting the ‘strip wire’ up and this – in turn – allows the calves to walk underneath. Ger also uses a back fence; one group of animals graze the farm.

On this, he said: “One thing that amazes me with suckler farming is seeing cows and calves in the same paddock. I creep graze my calves ahead of my cows. I raise the wire so the calves can go underneath it.” 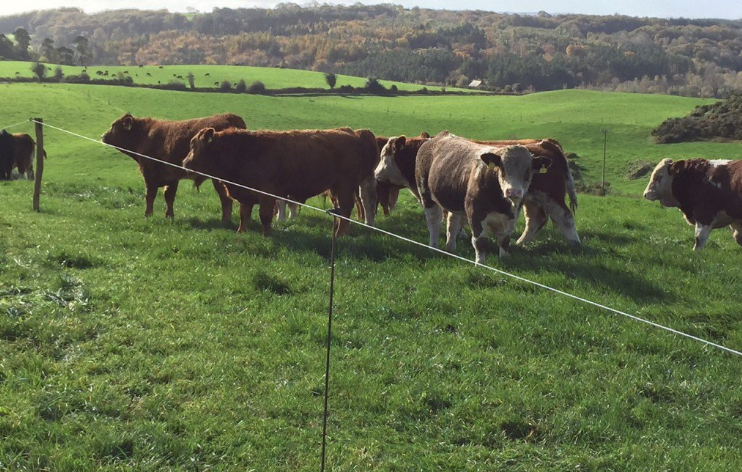 “If you have a combination of good genetic merit, good grass and cows with good milk, high ADG is achievable. That 2kg/day is probably costing me 30c/day at grass. If they were inside, it would be costing me €3.00/day; that’s a huge saving,” he added.

In addition, 10 days prior to AI, the cows and calves are split. This – Ger says – gets the cows cycling.

As Ger measures his grass, he is quickly able to identify surpluses and, therefore, paddocks which have gone too strong for grazing are earmarked for bales.

Ger makes between 200 and 400 bales every year which – in turn – keeps the paddocks in good condition.

Depending on the year and depending on how much grass he has on the farm, 10-15% of the farm is reseeded. 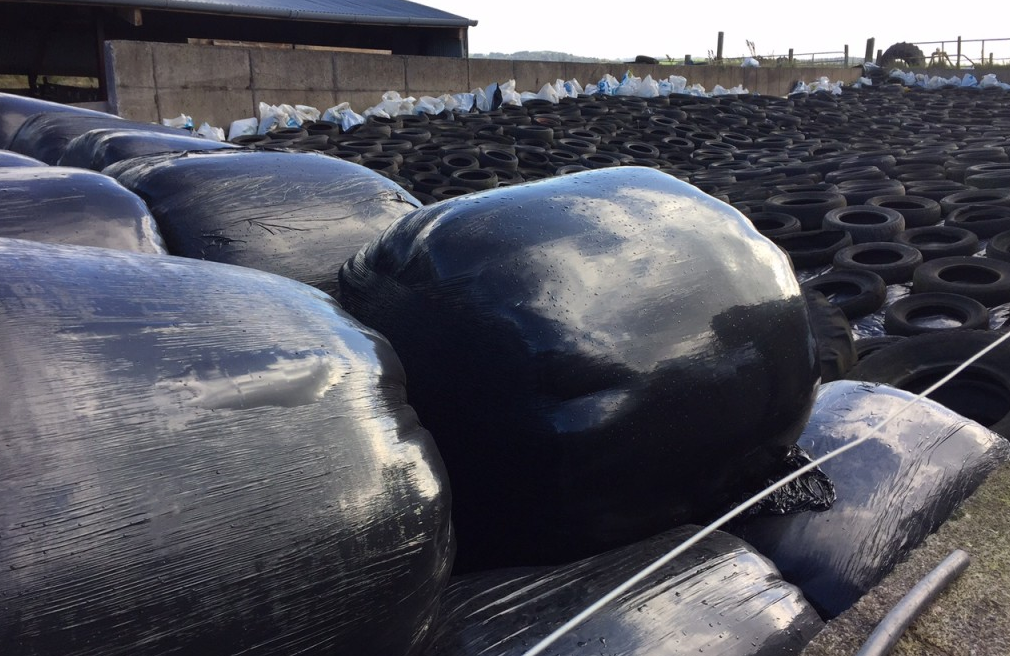 Ger sprays paddocks off and either grazes them as tight as possible or makes bales. This is then ripped with a spring harrow after two weeks.

This is followed by 27 units of nitrogen (N) per acre and it will be grazed by weanlings, weather depending.

“I think reseeding is where farmers can get the biggest return on money; the costs associated with reseeding are expensive (€100/ac) and I think it will pay for itself in one year,” he explained.

At the conference, Ger highlighted that the back end of 2017 and the spring of this year were extremely testing – both mentally and physically.

However, Ger and his family are actively involved with the local GAA club; he trains a team twice a week and attends games at the weekends. He also outlined that it is extremely important to get away from the farm from time to time. 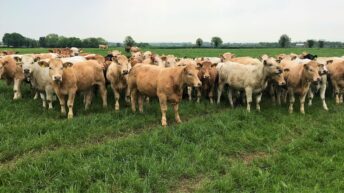