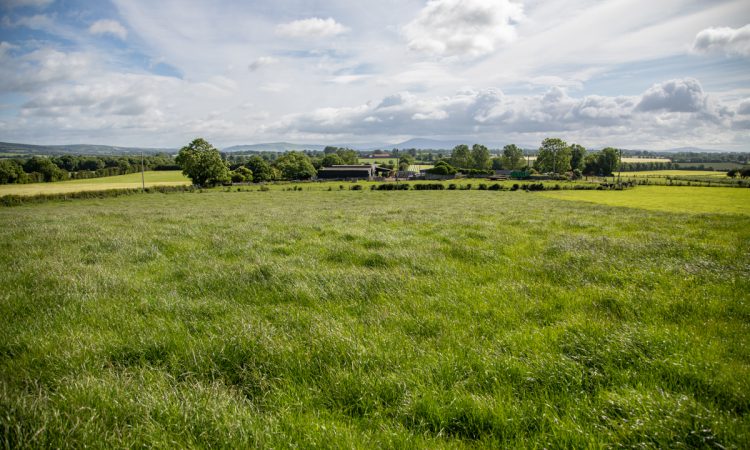 One of the reasons Co. Kildare farmer Peter Byrne joined the Teagasc Green Acres Calf to Beef Programme was to grow and utilise more grass by improving his grassland management skills.

Peter’s farm is located outside Castledermot, Co. Kildare, and is stocked at 2.43LU/ha. Between autumn 2018-born calves and this year’s spring-born calves, a total of 120 were purchased.

The autumn-born calves consist mainly of Friesian bulls with some Hereford heifers. The calves purchased this spring were Friesian, Angus and Hereford.

By purchasing both autumn-born and spring-born calves, this allows Peter to have a constant supply for farmers’ markets, the local butcher and beef factories at different times throughout the year.

When we first visited Peter back in late March, a number of paddocks on the grazing platform at the home block – which consists of 60.5ha – had a dock problem; Peter earmarked the paddocks for spraying.

Controlling docks in these paddocks was very important as Peter is now measuring grass on his grazing platform weekly, which allows the Kildare-based farmer to confidently close paddocks and take out surplus bales.

When it came to the product, Peter’s contractor sprayed two paddocks with DoxstarPro – which was supplied by TP Whelehan Crop Protection – at a rate of 2L/ha, while an additional paddock was sprayed with Forefront T.

The gallery below contains pictures of the same paddock pre and post-spraying. The first photo was taken late March and the remaining two were taken mid-June.

The successful strike can be attributed to the timing of the spray. While docks – which can have a taproot up to 1m in length – are a difficult weed to eliminate, the spray was applied at the correct growth stage – when they were actively growing and between 15-25cm in height and width.

Before spraying, cattle were removed from the paddocks after grazing and did not return for at least 10 days post spraying.

Peter said: “I only had a few paddocks that were very bad. The paddock next to the road [pictured above] was particularly bad and I got a good kill there.

“There were no real tall docks, but you can clearly see the patches where they were and there’s no grass there. This paddock [pictured below] will be closed off as it’s gone too strong for grazing along a further three paddocks.

“I would have always been taking surplus bales but not nearly as much as I have this year due to great grass growth and grass measuring,” he added.

Commonly, docks are sprayed too late when the seed head has formed and the weed has entered the reproductive stage resulting in a poor outcome.

In the gallery below, the first pictures show an area which did not receive any spray. The following pictures indicate the successful result achieved either side of this, and the remaining images show patches of docks post-spraying.

Teagasc research has indicated that a paddock capable of producing 10t DM/ha, with a 1t infestation of docks, will reduce yields of grass DM by 10%.

Therefore, a paddock with a 40% infestation of docks could result in a paddock growing 6t DM/ha and 4t DM/ha of docks – that’s a 40% reduction on the grass DM yield potential of that paddock.

While docks can have a serious effect on quality and yield, there can also have a negative impact on silage fermentation. In baled silage, the dock stems can sometimes puncture the film, resulting in substantial wastage.

Approximately six weeks ago, another paddock – which had a high thistle infestation – was sprayed with Thistlex – again at a rate of 2L/ha. 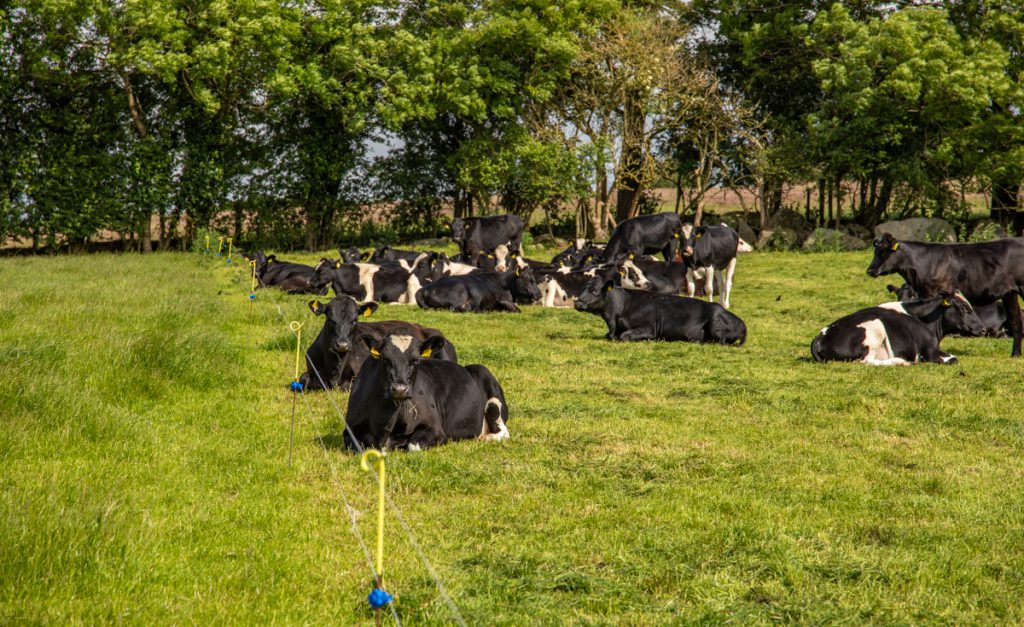 Post spraying, this paddock was grazed and topped. So far this year, Peter has harvested 30ac of pit silage and 60 bales from strong paddocks; a second cut will also take place later this summer.

While no paddocks have been earmarked for reseeding, if conditions allow, a poorer-performing paddock may be considered later in the year. 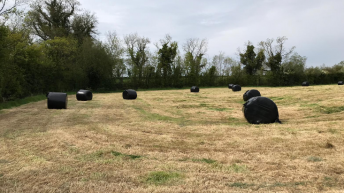