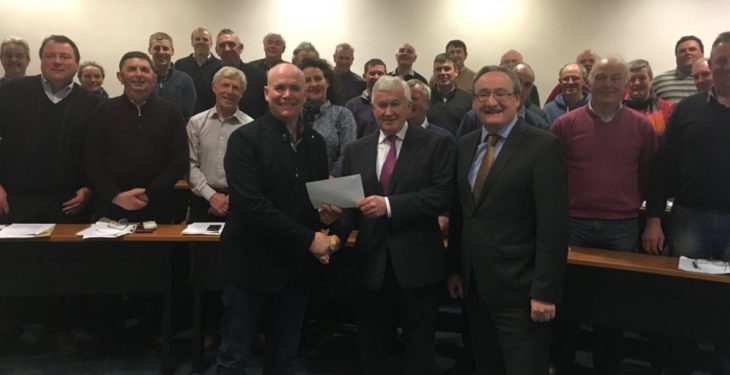 Today a number of committees within the Irish Farmers’ Association (IFA) elected new chairs to guide them over the coming years.

The organisation’s dairy, sheep and hill committees were all holding elections today to see who will take over the reins of individual committees.

In the first position to be revealed, Sean Dennehy from Co. Cork will take over from John Lynskey from Co. Mayo as the chair of the IFA Sheep Committee.

Lynskey was elected as chair of the committee back in January 2014 and he farms on the borders of counties Mayo and Galway. Even though sheep are his main enterprise, he also has some suckler cows and tillage.

With regards to the IFA Dairy Committee, Tom Phelan from Co. Laois will take over from Sean O’Leary as chair.

O’Leary farms at Mourneabbey, near Mallow in Co. Cork and he supplies milk to Dairygold Co-op.

He held a number of local and national positions within the IFA and he was the vice-chairman of the National Dairy Committee immediately prior to his election as chair.

The final position to be revealed was the chair of the IFA Hill Farming Committee, which has previously been held by Pat Dunne – a sheep farmer from Glenmalure, Co. Wicklow. He has held the position since January 2014.

Flor McCarthy from Co. Kerry has been selected as the new chair of the committee.

Flor McCarthy, Kerry was today elected Chair of our National Hill Committee. He and the committee made a presentation to outgoing Chair Pat Dunne pic.twitter.com/0tMqz4r0NM

An election will also take place for the position of chair of the IFA Grain Committee on Friday, January 12. Currently, Liam Dunne – an arable crop producer from Co. Kildare – is the chair of the committee. 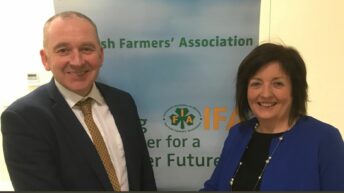