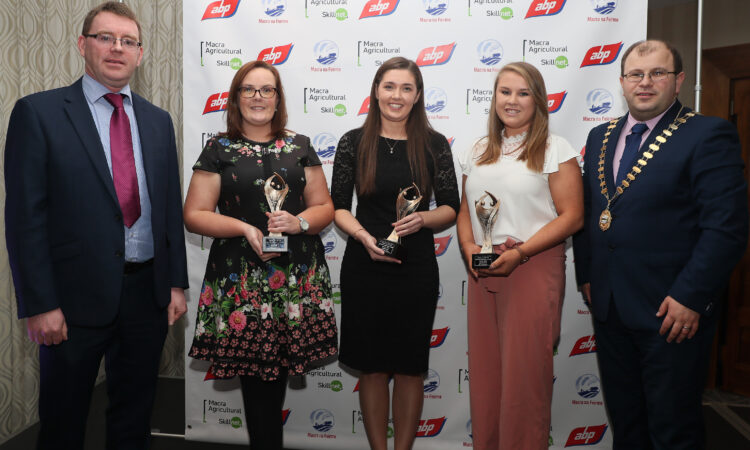 The 2018/2019 Macra na Feirme/ABP Leaders of the Year Awards were held in Dublin yesterday, November 27, with all three winners hailing from the south-east of the country.

The awards are part of the Macra Agricultural Skillnet, and were held in association with ABP Food Group.

The accolades were taken home to Waterford, Kilkenny and Carlow – by Marie Harnett, Josephine O’Neill and Hannah Driver respectively.

Marie, representing Waterford city Macra, is originally from Limerick, but joined the Deise branch of the organisation when she moved there six years ago, becoming club chairperson and county treasurer not long afterwards.

The Leaders of the Year Awards recognise the leadership skills of Macra members within their clubs and wider community.

Josephine, representing the Callan branch of the organisation, has already represented club and county in numerous competitions – including this year’s Miss Macra competition, which she won – and has spent that last two years as the county secretary – a role she is stepping away from to pursue a Master’s Degree in Food, Nutrition and Health.

Hannah, flying the colours for the Tullow club, has been an active member since the age of 17, taking on a number of important roles, including public relations officer and secretary – in addition to her work at Tullow Livestock Sales.

The other finalists at the competition were:

James Healy, national president of Macra, said the awards “recognise the effort, creativity and drive of our members and are a crucial part of the Macra na Feirme Leadership Programme”.

The winners were selected by a judging panel including representatives from the young farmers’ organisation and ABP. 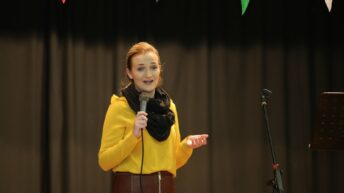