‘Live stream’: Find out what’s on the agenda for the second day of the ‘Ploughing’ 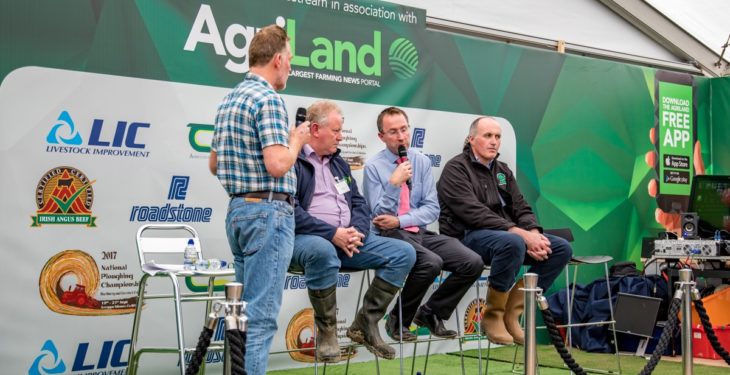 After a very successful first day broadcasting, AgriLand’s ‘live stream’ of the National Ploughing Championship’s will return at 12:00pm.

Yesterday featured discussions on topics such as: farmer health; the dairy sector; farm succession; and a general discussion on the face of farming today – which was a prominent theme.

The AgriLand team was joined by various guests throughout the course of the day to take part in a mixture of one-on-one interviews, panel discussions and friendly chats.

The live broadcast will return for a second five-hour stint later today; with another hectic schedule planned.

As the official ‘live stream’ partner of the National Ploughing Association (NPA), the broadcast will be available on AgriLand’s website and across all devices – including app and mobile. It will also be available directly from the NPA’s website.

Highlights today will include: panel discussions on rural development and rural crime; interviews with Irish MEPs; a discussion on women in farming; and live music from country music star Marty Mone.

Discussions will be chaired by AgriLand’s Claire McCormack, Rachel Martin and Richard Halleron. Meanwhile, our roving reporter Sarah Delaney will also be out and about at the event. Click here for the full schedule of the ‘live stream’

Yesterday, a record-breaking crowd visited the ‘Ploughing’. The total number of visitors equalled 112,500, representing an increase of just over 10% on figures from the first day of the event in 2016.

The National Ploughing Championships in 2016 were described as the “most successful” ever; visitor numbers totalled 283,000 over the entire three days – an increase of 2,000 people on the previous year’s event.

With the weather staying predominantly dry yesterday, it seems as if visitors to the site today will need to have their rain coats close at hand.

As one of Europe’s largest outdoor events, the ‘Ploughing’ will run until tomorrow (Thursday, September 21) in Screggan, Tullamore, Co. Offaly. 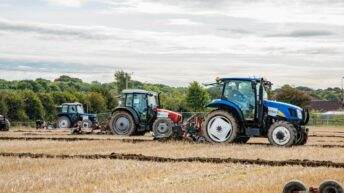