Live exports: Where are cattle going and what are the market opportunities? 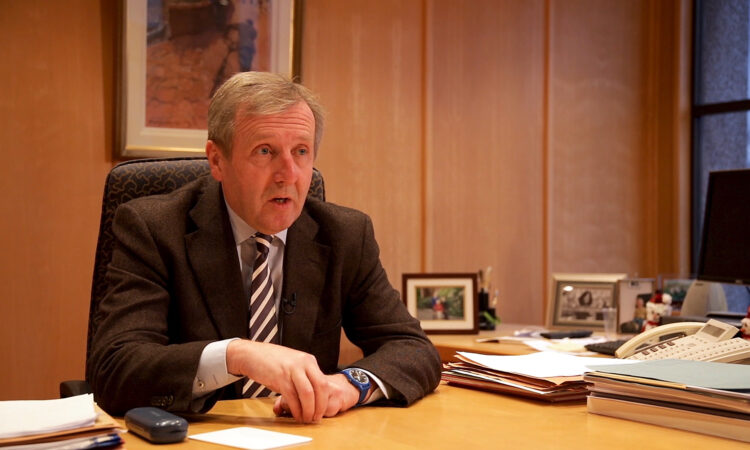 The importance of live exports to the Irish suckler and beef industry was underlined by Minister for Agriculture, Food and the Marine Michael Creed.

Speaking on tonight’s episode of FarmLand, the minister explained to presenter Claire Mc Cormack why live exports are a “critical part of the infrastructure of our livestock industry”.

Minister Creed acknowledged the difficulties being borne by the suckler and beef sector, noting the continued growth in the national herd and in particular the beef progeny coming from the dairy herd.

Commenting on what is being done to help alleviate this, the minister highlighted the significant increase in cattle exports in the past two years.

In terms of what has been done this year, the minister pointed to the revised veterinary certificates recently agreed recently, facilitating for greater types of cattle going to Libya, which he said is a win, with a boat set to sail there shortly.

“In Egypt we’ve just recently signed a new veterinary certificate as well which does the same thing.”

Having the veterinary certificate however does not automatically mean that cattle will flow, he cautioned.

“What we are at is trying to improve and increase the number of markets and make the markets as acceptable as possible.

It has to be remembered that in that context we are a taker of the terms and conditions that these markets insist upon.

“The pressing part of 2018 in that context was the Turkish market.”

The minister said that, having looked promising in May of this year following a “great liberalisation of the market”, a collapse in the Turkish currency meant that exporting to the country was no longer feasible. Nonetheless, the market is still closely monitored.

“We keep our eye on that market; that’s a very significant and lucrative market if it were to become financially viable – we have the criteria we want in respect of the veterinary certification there.

“Across North Africa generally is always fertile territory for us. With the rising price of oil, it gives them greater purchasing power so we’re very clued into those markets as well.

“Spain is a very important one for us for weanlings and calves. Live exporters have to be aware of this.”

‘Letter of the law’

The minister highlighted that live exporters are vital to the Irish livestock industry and as a result have to make absolutely sure that they operate within the parameters of the law regarding animal welfare and transportation.

“They are a critical part of the infrastructure for our livestock industry. They have to operate to the letter of the law.

Otherwise, those countries through which we transit will not facilitate the continuation of this.

“And that’s why there has been active engagement by my department with live exporters and will continue to be.

“We must operate to the letter of the law in this regard,” the minister asserted.