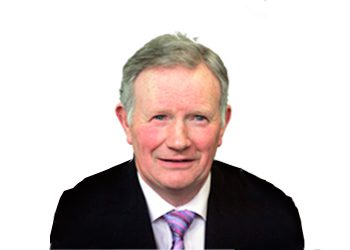 Richard Kennedy is a dairy farmer from Clarina in north Co. Limerick and is a past Limerick County Chairman.

Kennedy received the full backing and support of his home county of Limerick to go forward for the position of Deputy President of the IFA.

He was nominated at a meeting held in Adare .

Limerick County Chairman Aidan Gleeson said that there was then a unanimous vote to send Richard forward for Deputy President and he got the full backing and support of the county.

Speaking to Agriland, Kennedy a dairy farmer from Clarina in North Limerick, said that he was delighted to get the nomination from Limerick and that it was important to him.

“We need trust, credibility and stability in the organisation. I have the experience between Macra, IFA and a number of other organisations.

“As a farmer, I’ve felt very vulnerable since the IFA trouble began – I always depended on IFA to get a bit of help if I needed it.

“I think that’s not there now and it’s important for farmers to have a credible organisation to represent them.”