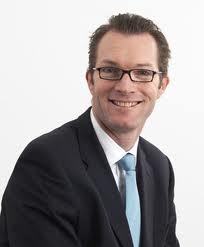 Well known food group Greencore announced a positive start to the new year with revenue up for the 13 weeks to the end of December.

According to Greencore interim management statement released today ahead of the companies AGM in Dublin, the group recorded revenue of £320.5m to start the year, an increase of 7.2 per cent versus the prior year.

The Group reports that on a like for like basis (excluding the desserts activity which was sold to Müller Dairy UK Group in January 2013 and in constant currency), revenue growth was 9.0 per cent.

The results broken down show that Convenience Foods division recorded revenue of £305.6m, 6.9 per cent higher than in the prior year on a reported basis. Once on a like for like basis, when the desserts activity is excluded due to the sale of Müller Dairy UK Group, revenue growth was 9.1 per cent.

In the UK Greencore says, like for like revenue was 7.2 per cent higher than in the prior year. It noted that while the overall grocery retail environment remains challenging, the small store format continues to exhibit strong growth aiding our food to go activity.

The group outlined that through the opening period of the year it has in significant relaunch activity with several with several key customers. It says it will continue to develop a pipeline of future growth opportunities for FY15. The groups expectations for input cost inflation remain unchanged at around 3 per cent, with pressure in proteins and dairy.

Greencore’s performance in the US was particularly encouraging, with constant currency revenue 26.2 per cent higher than the prior year. It says this reflects the commencement of a supply agreement with Starbucks. The group stress that it continues to develop future innovation and distribution opportunities with our key customers.

In terms of its Ingredients and Property division, which it says now only represents less than 5 per cent of the Groups activity. Revenue of £14.9m was recorded over the period, which is 13.7 per cent higher than prior year in reported currency and 8.5% higher on a constant currency basis.

Greencore says it remains well positioned as a focused and disciplined convenience foods business in its chosen markets of the UK and US. It noted that the economic conditions in the UK are steadily improving and outlines that while this improvement has yet to be seen in larger grocery stores, we are seeing more buoyant activity in small stores and in product categories which perform well in these stores, such as food to go.