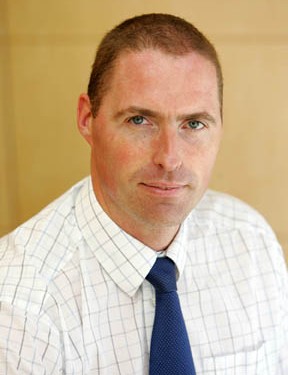 Bord Bia recently announced the appointment of Michael Hussey as Manager, Middle East Region. Based in Bord Bia’s newest office in Dubai which was recently opened Hussey’s role will be to support the Irish food and drink industry’s efforts to double exports to the Middle East by 2020.

AgriLand caught up with Hussey this afternoon to find out his plans for the new role. He said: “It’s a big challenge and a big change for me. But I’m really excited about the role.

Hussey has worked with Bord Bia since 2001, as Senior Sector Manager most recently being responsible for the dairy and ingredients sector during which he developed the Origin Green marketing strategy for the dairy industry. In this role he has undertaken trade research in Middle East, Africa and Asia.

He has a wide knowledge of all food sectors having also worked as Sector Manager for Frozen and Chilled Foods. He has in the past held responsibility for the Dutch and Scandinavian Markets for Consumer Foods.

Hussey commented that: “It is really exciting to be managing the first office in that region. A lot ground work has been done over the years. There is huge potential in this region. The global recession did not hit as hard in these countries.”

The new office, which is to be located alongside other Irish development agencies based in the market, will focus on Saudi Arabia, United Arab Emirates and the Gulf States in addition to monitoring potential opportunities in Iran, Iraq and Jordan.

Hussey cited that: “The bulk of the growth will be driven by dairy and dairy ingredients. With increased dairy production planned in Ireland in the coming years, it is expected that a lot more dairy product will be coming through from Ireland.”

In terms of beef Hussey commented that: “Volumes are small at the moment but we plan to focus on the premium market. Particularly the many 5 star hotels in the region.” He noted that: “Australian beef is very competitive in the region.”

Hussey also cited that there is potential for growth in other areas such as prepared foods and alcohol.

According to Hussey the biggest challenge will be building relationships. He said: “Finding out the correct information for Irish companies hoping to do business in the region will be a key role. This will involve learning local customs and being able to give companies tips on the how things are done in a particular area. This will be a crucial element of our role.”