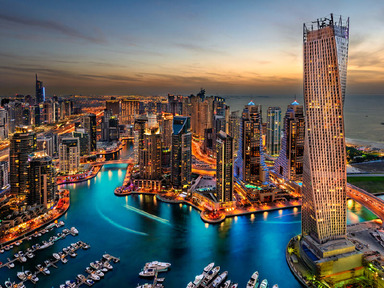 Bord Bia this week announced the appointment of Michael Hussey as manager, in the Middle East Region. Bord Bia has outlined that Hussey will be based in Bord Bia’s newest office in Dubai, which was recently opened to support the Irish food and drink industry’s efforts to double exports to the Middle East by 2020.

Bord Bia is putting significant focus on the Gulf market. On a recent well-publicised trade mission to the region, Minister for Agriculture Simon Coveney confirmed the push in this region commenting: “The Irish food and drink industry seeks to grow exports to €12bn by 2020.”

Bord Bia says it is estimated that as much as 80-90 per cent of food consumed in the Gulf region is imported. The Economist Intelligence Unit forecast that food imports by Gulf States will reach US$53.1bn by 2020, double the value in 2010, US$25.8bn.

Also speaking at the recent trade mission Aidan Cotter, chief executive of Bord Bia said: “Population growth has played and will continue to play, a significant role in the surge in demand for food and food imports in this region. At the turn of the century there were 28.5 million people living in the Gulf region. By 2010 this had increased to 44.5 million people, a 56 per cent increase in population in one decade and by 2020, it is forecast the population will exceed 50 million people. Despite successes in developing domestic food production capabilities, the market will remain largely reliant on importing food to meet the growing demands of consumers.”

According to Bord Bia, Hussey has worked with the organisation since 2001, as senior sector manager most recently being responsible for the dairy and ingredients sector during, which he developed the Origin Green marketing strategy for the dairy industry. In this role he has undertaken trade research in Middle East, Africa and Asia.

Hussey has a wide knowledge of all food sectors having also worked as sector manager for frozen and chilled foods. He has in the past held responsibility for the Dutch and Scandinavian markets for consumer foods.

Prior to joining Bord Bia, Hussey had a successful career in sales and marketing in the private sector. He holds primary and master’s degrees in marketing and marketing strategy.