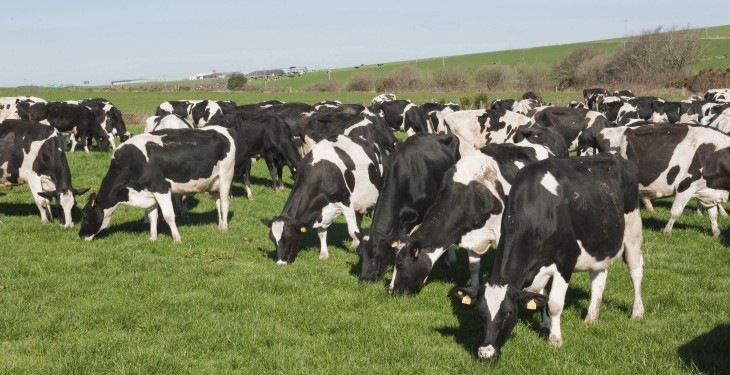 What is the barrier to selling more milk on your dairy? That was the question posed by US independent dairy nutritionist Greg Bethard, courtesy of his address to the recent Semex annual conference, held in Glasgow.

Was it more cows, or parlour throughput, or land or housing? Perhaps it was forage quality, or the ration, he questioned. And he urged producers to look at their dairy businesses with new eyes, by maximising the amount of milk a parlour could harvest every day, and by maximising the income over feed costs (IOFC).

His top tips for making money and to achieve that high IOFC include the procurement of high-quality forages, the generation of pregnancies, cutting costs intelligently and controlling labour costs per litre.

Bethard also advised producers not to look at cull rate when assessing the performance of the dairy, but instead to look at the cost of replacements. This was the third highest cost on a dairy business.

He continued: “Think: what is the cost of keeping cows in the milking group?”

He advises using a simple cash equation to determine the replacement cost rather  than using any complicated accountancy methods. This was simply to take the cost of replacement, deduct the cost of the cull and divide it by the amount of milk sold.

And he also recommended culling to minimise that figure rather than to maximise the number of lactations in a herd, or to reduce the culling rate too much.

“Culling rate is a stupid way to judge a dairy. It doesn’t matter. What does is the cost of replacement and we need to move cows in and out of a dairy to get the lowest figure,” he suggested.

In advice that seemingly goes against perceived wisdom in Ireland,  Bethard stated that there is not a lot of economic benefit in keeping a cow in the herd when she is past the second lactation.

“Certainly do not keep them so long that they die. View them like a car, and sell them before they get too old, before the engine blows,” he concluded.