What has been described as “a general economic growth uncertainty and a perception about long-term consumer trends is feeding back into milk prices”.

Commenting on recent movements in the dairy market, the Irish Creamery Milk Suppliers’ Association’s (ICMSA’s) dairy chairperson, Ger Quain, said that in the case of milk price, “we had to start from first principles, and that means supply, demand and the accepted notion that consumer consumption was relatively ‘inelastic’ – that is, generally did not fluctuate”.

Quain, who is a dairy farmer from Co. Limerick, continued: “Looking at Northern and Southern Hemisphere production, our opinion is, there’s nothing really alarming about the figures.

“We’re not looking at an oversupply and there’s no reason buyers would look forward and anticipate a supply that would warrant the drop in the Global Dairy Trade (GDT) that we saw recently.”

Advertisement
Quain believes the best explanation is that there’s a feeling of general uncertainty arising from factors like:

Quain explained: “ICMSA doesn’t think it’s any one factor; it’s a general impression of anxiety and it makes the need for the Government to watch this very carefully even more of an imperative.

“Our dairy sector is a massive economic multiplier all over rural Ireland but very particularly in counties like Cork, Tipperary, Limerick, Kerry, Kilkenny and Waterford,” concluded the ICMSA dairy chairperson. 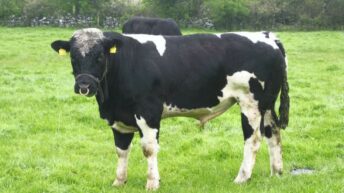 Better to have your wits about you this breeding season