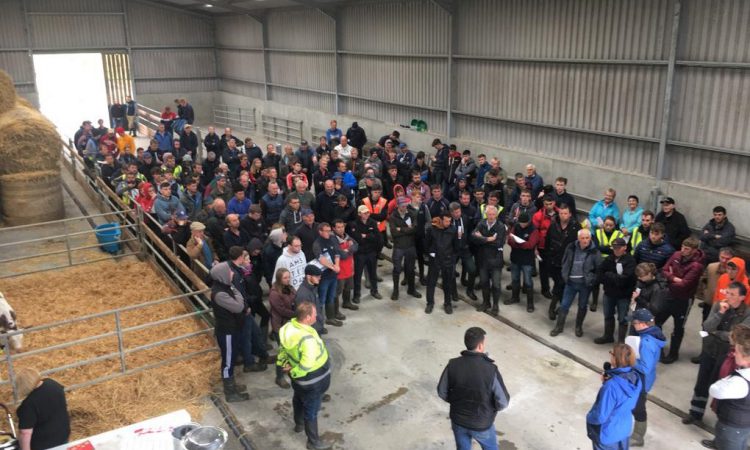 In 2015, Mark Drohan and his father David, along with six other farmers in the same area, decided that they were going to automate the milking process; and so each installed two Lely Astronaut A4 robots.

Now farming alongside his grandfather Brendan – outside Carrick-on-Suir, Co. Waterford – Mark admits that they have never looked back since the installation of the two robots nearly five years ago.

During a recent open day on their farm, Mark was very honest while sharing his experience and offering advice to farmers on robotic milking.

Answering the question ‘would you ever go back to milking in a parlour?’ he said: “No; once we got our heads around the robot we had no inclination to go back to a parlour. 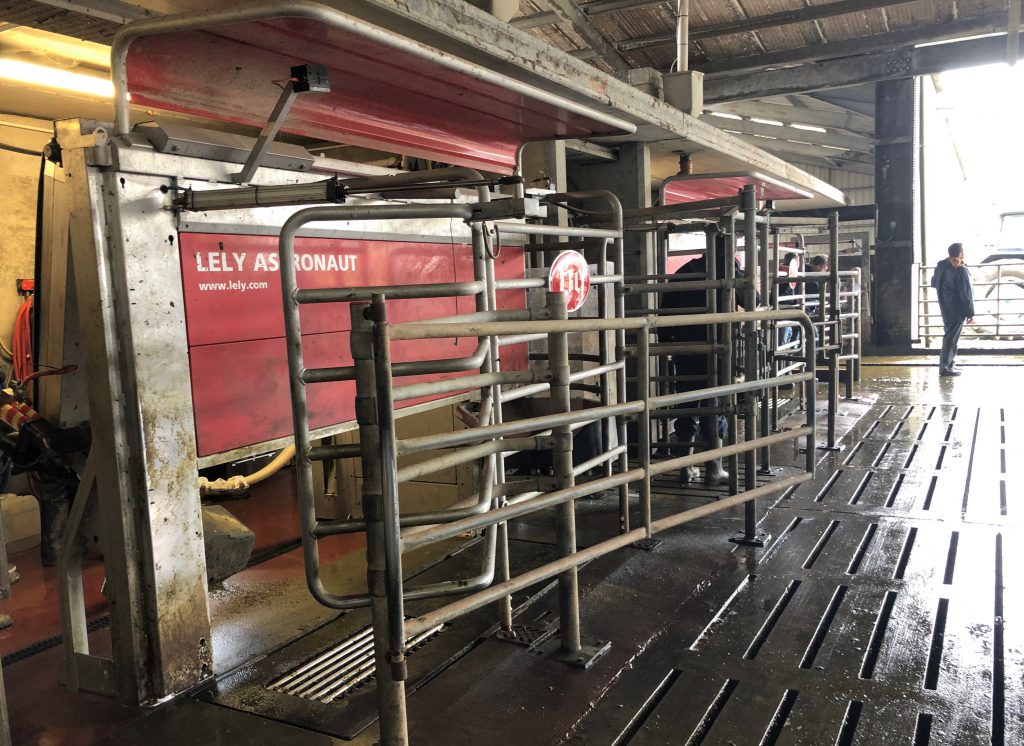 “Before the robots I knew the cows by their udder or back end. Now, I know every cow as soon as I see them approaching me on the roadway. The robot tells you so much about each individual cow.”

Currently milking on the farm is a herd of 146 Montbeliarde cross Holstein-Friesian cows. The average lactation of the herd is 3.6 lactations/cow.

The whole farm stocking rate is 2.62 cows/ha with the milking block stocking rate at 2.39 cows/ha. On the day of the walk, the cows were visiting the robots, on average, 1.8 times/day, but they would range from over three milkings/day in springtime to about 2.2-2.4 milkings/day during the summer months. 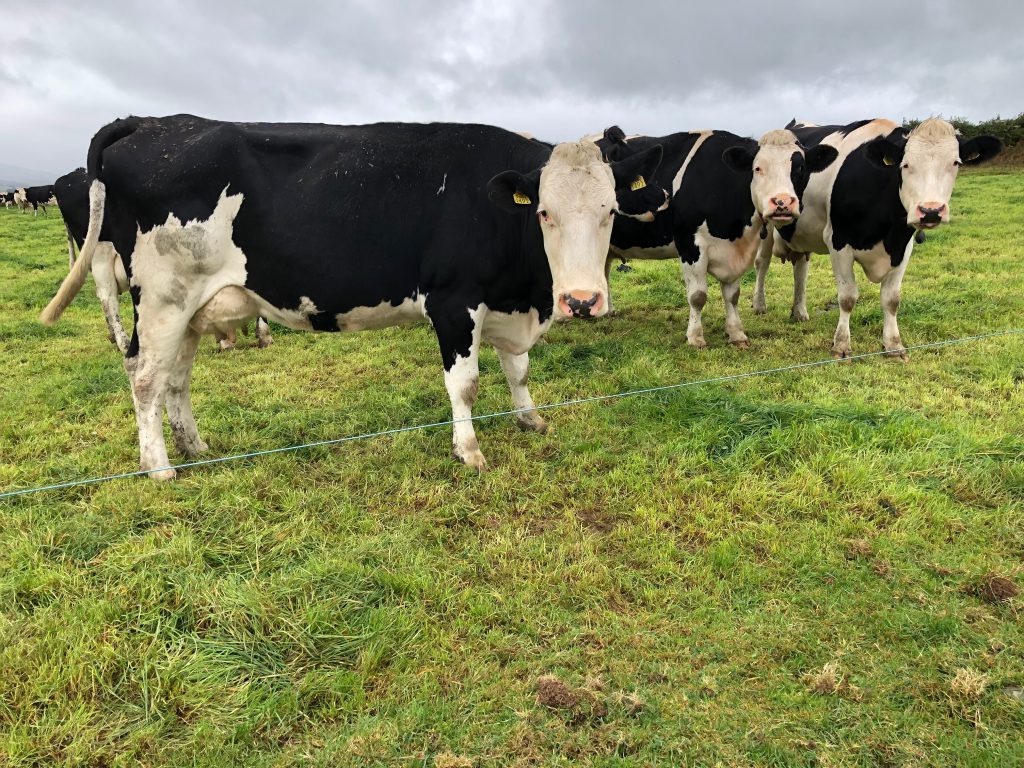 The year before the robots were installed the somatic cell count (SCC) was 234,000 and the year they were installed, this dropped to 166,000. Last year, it was down to 102,000. Mark attributes this drop to the SCC reading the robot gives for each cow.

In terms of meal feeding, last year 1.2t/cow was fed, however, this year they are on target to feed about 1t/cow.

The average meal being fed before the robots was 730kg/cow, although Mark confessed that meal feeding had crept up since installing the robots – due to the feed-to-yield system.

Although Mark did emphasise that “robots don’t necessarily mean more meal feeding as feed to yield is not a necessity”.

‘One of the most important aspects of robots’

According to Mark, grassland management is one of the most important aspects of robots. “The robots will make you better at it whether you like it or not; you have to be good at it,” highlighted Mark.

The farm is divided up into three sections, A, B and C with the gate changing every eight hours to allow the cows to move onto a new section. The gate changes at 10:00am, 6:00pm and 2:00am.

The farm had previously been divided up into an A/B system, but Mark changed to an A/B/C system in the summer of 2017. 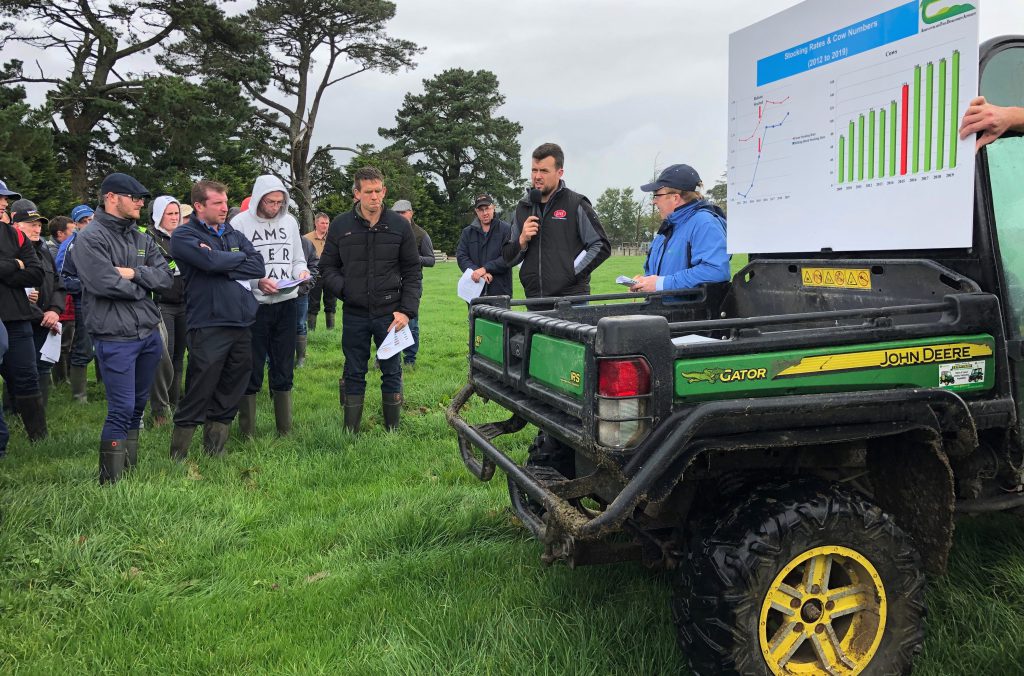 “I would advise anyone who is changing from A/B to A/B/C to start the cows off on the new system. We changed over halfway through the grazing season and the cows got confused,” explained Mark.

Touching on how he manages the grazing system, he said: “It’s a little bit awkward with the robots because you can’t graze a paddock as quickly as you might like – because the cows are only grazing a third of the paddock each day.

Answering the question ‘was it hard to break the herd mentality’, he said:

“It was probably the second year before it was fully broken. Before they wouldn’t pass each other on the roadway – when one was going in to be milked and one was heading to the paddock – now they’ll pass each other without even looking at each other.”

Commenting on this comparison, Mark said: “I don’t think it really is a fair comparison between a robot and a parlour.

In terms of the running costs, robots use more electricity than a conventional parlour.

This is because more electricity is needed to run the air compressor and, also, for heating water – as the majority of farmers with robots hot wash them twice daily and the brushes are hot washed after each cow.

Labour on a robotic farm vs. a conventional farm

Mark has 0.5 of a labour unit in the yard as well as himself, with some additional help during the spring period.

While Mark has saved time on milking, some of this time is now being spent on grassland management. 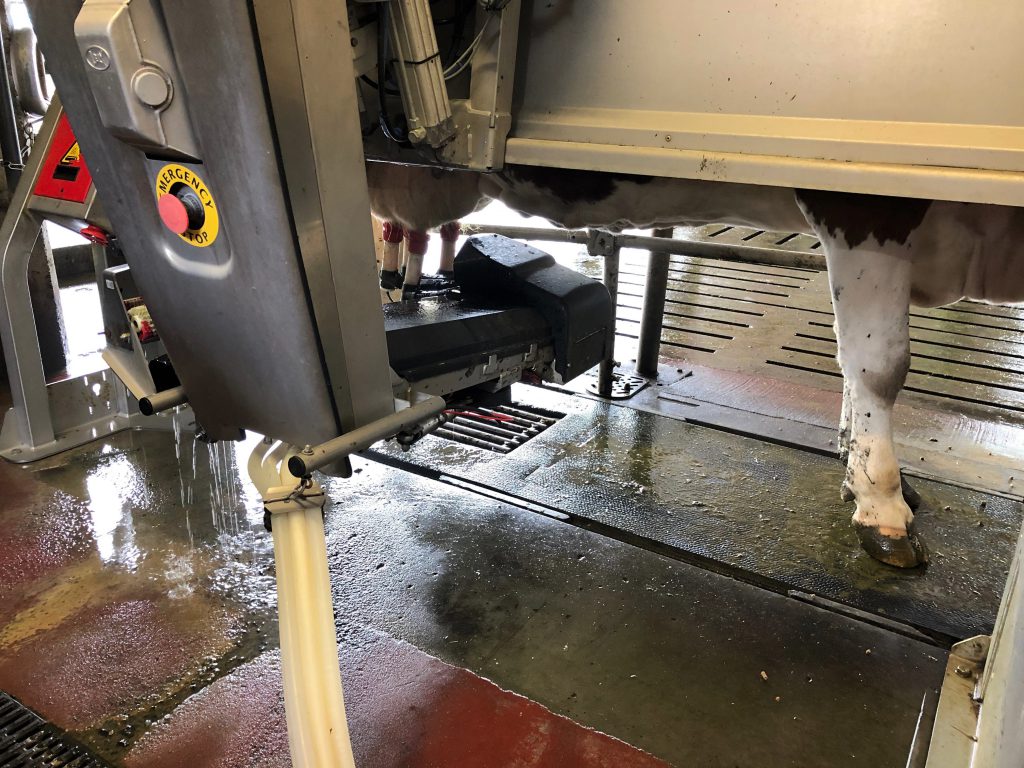 Outlining a typical day’s work, Mark said: “I have no set start time, but I’m usually here for about 8:00am.

“The first job is to change two fences and then I go back to the robot to see what needs to be done; give it a quick wash and then see if any other maintenance work might need doing. This takes about an hour.

“In the evening, I change one fence and give the robot another quick wash. That is a good day with nothing going wrong.”

In the same Teagasc study, it also found that a robot farm had a 36% reduction in labour compared to a conventional farm.

One farmer asked: ‘Does every cow take to the robot?’ Answering this, Mark said: “We get an odd heifer, but it depends on how persistent you want to be with them. If they are very awkward we just get rid of them.”

Another was: ‘Do you have much lameness?’ Explaining this, he said: “No; zero lameness. This is partially because of the way they walk on the roadways – they are not being pushed or shoved.”

A further question was: ‘What is the maintenance cost for a robot?’ “On maintenance, it usually costs about €4,500/robot – that includes everything. However, that is just an average. If you are the kind of fella who picks up the phone for every little thing then obviously this is going to be higher.

There is nothing very complicated with them. It is like all modern technology; turning them off and turning them back on again does a lot.

“A lot of people think robots are going to get them away from the cows; in fact, it is the complete opposite. If anything, you will be more involved with the cows.” 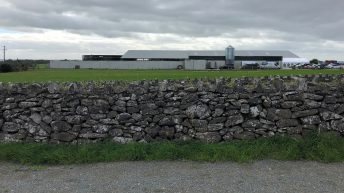