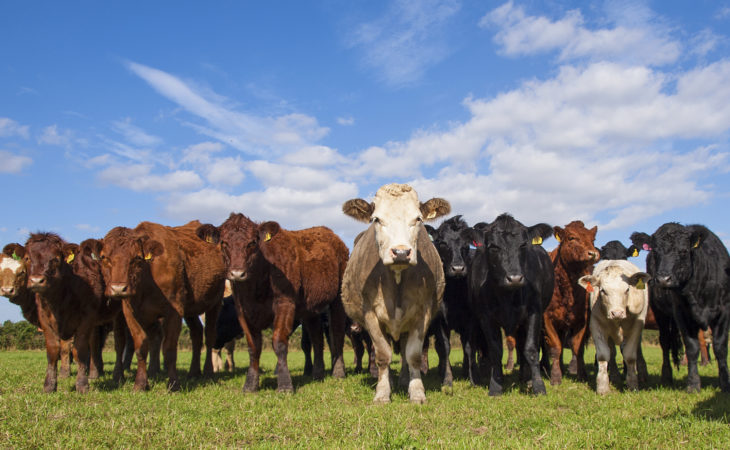 The Minister of Agriculture, Food and the Marine, Michael Creed, is considering the introduction of an “early slaughter premium” as a possible solution to fears over the future viability of the country’s suckler herd, AgriLand has learned.

The mooted support is being examined, among other possible measures, in light of widespread concern that the dairy herd is expanding at the expense of the suckler cow population.

Speaking to AgriLand, Minister Creed acknowledged the scale of the challenge facing suckler farmers nationwide; however, he remains unconvinced that the ongoing drive from farm lobby groups for the establishment of a coupled payment of €200/cow is the right system of travel.

The official figures define a suckler cow as a beef/beef cross female aged more than or equal to 18 months on December 31 of every year between 2010 and 2017 and registered as the dam of a calf born in the profile year.

Although the minister stands by the genetic improvements being delivered to the herd through the department’s €300 million Beef Data and Genomics Programme (BDGP) – which is funded under the Common Agricultural Policy’s (CAP’s) Pillar II Rural Development Programme (RDP) and the national Exchequer – he has an “open mind” about the possibility of changing future supports.

I’ve said all along that I recognise the importance of the suckler herd; it is the backbone of our beef industry and that is the reason why we are substantially supporting it.

“Whether those supports need to be changed? I don’t think a coupled payment in the context of climate change and the problem we have with emissions is a sensible thing to do.

“But, having said that, looking at what are the optimum ways to support the beef industry is something I have an open mind to,” he said.

Highlighting the country’s greenhouse emissions targets, the minister said an early slaughter premium could be a step in the right direction.

An early slaughter premium is an issue that has been thrown out in terms of the climate change agenda, as it wouldn’t drive numbers – which is a big concern.

“We’ve had a whole approach to improving the genetic merit of the herd and to throw all that away and just go for a coupled payment? I mean we often get accused of not having joined-up thinking in the department and to me that would be classic disjointed thinking,” he said.

However, last week’s announcement from the European Commission of a proposed 5% cut to the CAP budget – which breaks down into a cut of no more than 4% to direct payments under Pillar I and a possible 15% cut to Pillar II funding – could scupper the potential premium plans.

The proposed cut was announced by the EU Commissioner for Agriculture and Rural Development, Phil Hogan, as part of the draft Multi-annual Financial Framework (MFF) for the EU from 2021 to 2027 – the post-Brexit era.

“They are very important programmes in terms of delivering innovative approaches to climate change.”

With the GLAS and BDGP schemes – both considered vital supports for beef production – currently funded under the RDP, Minister Creed warns that the proposed budget cut “is far more significant and challenging” in the context of the beef industry.

“The level of funding cuts envisaged for Pillar II is really worrying; 15%. It is being dressed up that we can make up the shortfall through Exchequer contributions; but, that could be the beginning of a slippery slope to dismantling the CAP.

In other words, member states with deep pockets can co-fund Pillar II funding more than other member states can. That is one of the areas where I would be concerned in the context of the announcement.

Despite the proposed 5% reduction to the CAP coffers – which has been roundly rejected by the French Government – the minister expects the figure to drop in the long run.

“I very much expect that what has been announced will not be the final figures – there is a process now. What is there now in black and white is to concentrate the minds and to show that if member states do not want to contribute more, this is the shape of the CAP policy for the post-2020 era.”

Last week’s announcement clears the way for engagement with ministers of agriculture, heads of state and finance ministers to now commence.

“Member states contributing more needs to be done on a unanimous basis; that is the challenge. I have spoken to the commissioner and I understand the difficulty he is in.

Nobody disagrees on the security challenges and the migration issues that Europe is grappling to deal with. We might say ‘it’s not an issue in Ireland’; but, in other member states it is a very big deal and we can’t ignore that reality.

“They’re issues that need to be addressed, but new challenges need new funding and that’s why we’ve said that we are willing to up our contributions.

“It is not a reason to raid the budget of the CAP – which has been a singularly successful policy in all of its integration and response to the challenges of our time,” the minister concluded.