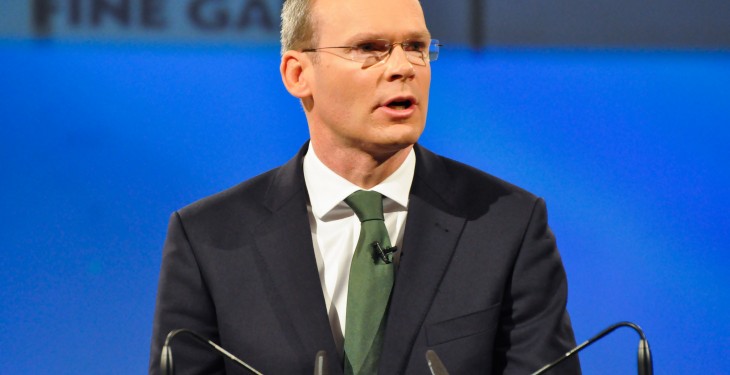 Minister Simon Coveney gave a number of grave warnings over the possible impact of Brexit on Agriculture in his last speech as the Minister for Agriculture.

In the Dail last week, Coveney told TD’s that the prospect of a UK vote to leave the European Union presents potentially ‘highly significant challenges’ for Ireland

He said this is ‘especially true’ from an agrifood sector perspective.

“The figures speak for themselves as the UK is by far the largest trading partner for Ireland. According to the Central Statistics Office, in 2015 we exported almost €5.1 billion worth of agricultural products and our imports from the UK were worth €3.8 billion,” Minister Coveney said.

Although there still is great uncertainty about the outcome and the changed landscape if the UK decides to leave, he said the Government has started to consider the likely arrangements to be made in the event of an exit vote.

“The treatment of four main areas – namely, tariffs and trade, EU budgets, regulations and standards, and customs controls and certification – will impinge on the agrifood sector,” he Minister said.

In addition, he said the immediate impact of a Brexit obviously would mean a dramatic reduction in the value of the pound.

“Those Members who understand how the agrifood trade works across the Border, as do most, will be aware that the strength of the British pound has driven strong prices at a time when prices have been quite weak in the rest of Europe, particularly in respect of beef last year.

“Consequently, with half of its beef exports going there, the United Kingdom is Ireland’s biggest beef market by far. If the pound is strong, it makes us highly price-competitive.

“However, were the pound to weaken dramatically, as it undoubtedly would were the United Kingdom to decide to leave, Ireland would have competitiveness problems with both beef and dairy prices and across a range of other services, technologies and agrifood products.

“This is a major issue for Ireland and Members (of the Dail) should be following it closely,” he said.

Minister Coveney said it obviously is in Ireland’s interests for the United Kingdom to remain in the EU and this is particularly the case with regard to agriculture.