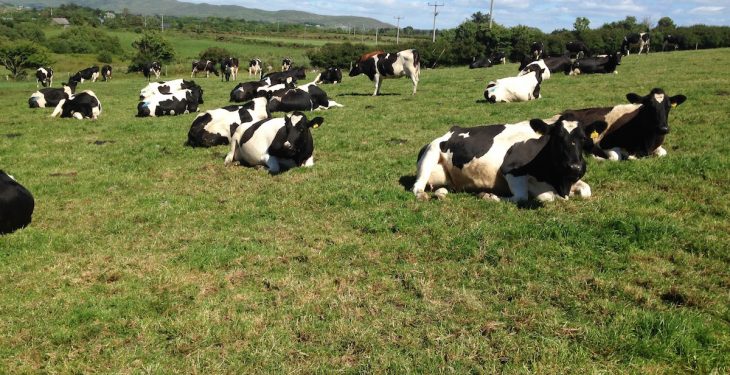 It’s not over-exaggerating the point to infer that Irish agriculture, as a whole, tends to fare pretty well when the milk sector is making decent profits. And that was hardly the case in 2016.

But will a decent milk price in 2017 undo all the hardship created by the plunging market returns that were the norm over the past 18 months?

Debt levels, particularly on new entrant dairy businesses, have risen considerable during this period and this is money that must be paid back.

So do we get to the end of next year, only to find that markets are again slipping on the back of global over-production?  And, invariably, the whole boom: bust cycle starts again.

But next time around, despite the conflicting view of John Comer, the EU won’t come in with a milk reduction scheme or enhanced dairy intervention measures to sort put the mess.

And why is this? The answer is very simple: Brussels does not have the money!

So the real elephant in the room for the dairy industry remains that of volatility.

And it’s a challenge which individual farmers cannot be expected to address in any meaningful way.

The co-ops, at the very least, must make a genuine gesture in coming up with long terms price guarantees that have real meaning for farmers.

And in this context, Glanbia must be commended for, firstly, recognising the problem and, in addition, starting down the road with pricing schemes that allow farmers to, at least, hedge some of their milk.

For his part EU Commissioner for Agriculture, Phil Hogan, has made soundings with regard to Brussels coming up with some form of volatility management mechanism. But, at this stage, I would issue a word of caution.

For the most part, the Hogan plan seems to be centred on the availability of ‘cheap’ finance from the European Investment Bank.

In my opinion, this approach only serves to increase debt levels on Irish farms and this is a fundamentally flawed approach, as the money borrowed has to be paid back.

I would also be concerned about the possibility of Brussels making the challenge of volatility a core issue for discussion during the next round of CAP reform discussions.

These are set to get underway in 2017. It would be quite easy for the Commission to indicate that, in future, it is allocating a proportion of the CAP budget to market stabilisations measures.

This would, automatically, reduce the monies available for the basic payment support mechanism – the worst of all outcomes for Irish farmers.

In essence, a very simple principle must be allowed to act out. If European consumers want cheap food, they should be prepared to compensate farmers accordingly.

And this means, at the very least, retaining the current basis payment system!