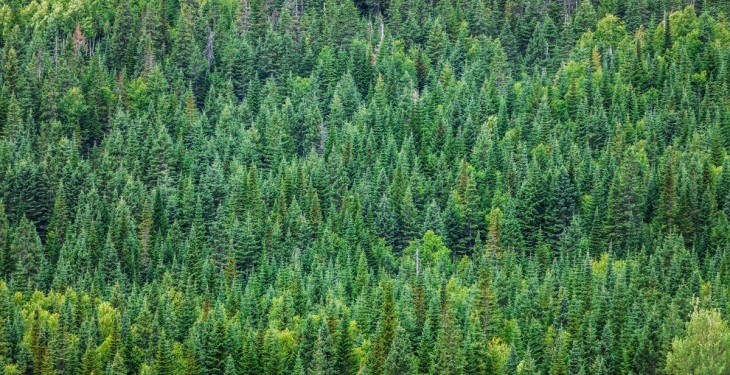 An allocation of €106 million (including a capital carryover) has been set aside for forestry development during 2018, according to the Department of Agriculture, Food and the Marine.

Welcoming the budget announcement, Minister of State at the Department of Agriculture, Food and the Marine, Andrew Doyle, said: “This allocation is evidence of the government’s commitment to ensuring a successful afforestation programme and supporting the further development of the sector in line with the Forestry Programme 2014-2020.

“This allocation will allow for the planting of over 6,600 new hectares of forests next year and is in fact an increase in the budget over what was spent in the last three years.

“This funding being provided in 2018 recognises the potential role of forestry in helping to achieve the targets set for climate change mitigation.”

Minister Doyle added: “In addition to existing afforestation, there is also significant allocation for the development of existing forests – with funding provided for over 100km of new forest roads, as well as support for a wide range of other schemes to help forest owners to manage their forests in a productive and sustainable manner.

“The department will continue to actively promote the afforestation scheme in conjunction with Teagasc and all the relevant stakeholders.

We are currently preparing a series of initiatives on communicating the benefits of forestry to farmers to ensure that landowners are considering forestry as a viable land use option on some of their land.

“The processors of horticultural produce will qualify for the Brexit Loan Scheme – which was announced [on Tuesday] – and an additional loan scheme for primary producers, including horticulture producers, is to be considered for next year,” Minister Doyle noted.

In addition, Bord Bia will continue to work with horticulture companies, Teagasc and Enterprise Ireland on ‘lean’ production tools to improve competitiveness.

The minister added: “I am keenly aware of the challenges that the horticulture sector is experiencing, particularly in light of recent fluctuations in currency. I am focused on working with the industry to meet these difficulties in the months and year ahead.”

Meanwhile, the organic sector has been allocated a total of €11.7 million in funding; €10.5 million is being provided for the Organic Farming Scheme and a further €1.2 million for the development of the sector.

Commenting on the matter, Minister Doyle said: ”I am delighted to welcome the sum of €11.7 million available for this important sector in 2018.

“This will provide for ongoing support to over 1,700 organic farmers under the Organic Farming Scheme, as well as wider supports across the sector in areas such as marketing, promotion and awareness, and capital investments by processors.

Additional support, not included here, of over €1 million is also being made available to organic farmers under the TAMS [Targeted Agricultural Modernisation Scheme] organic capital investment scheme.

It was noted that organics is a “growth industry” in every sense of the word, and that the value of the market in Ireland has grown by double digits in the last few years – while the number of producers and area under organic production has expanded also.

“With some 72,000ha of land now under production, we have met all targets set within our Rural Development Programme (RDP) and the emphasis now must be on developing sustainable markets for the increased volume of organic product which is already coming onstream,” Minister Doyle said.

Minister Doyle said: “Greyhound racing is a traditional industry which plays an integral role in the rural landscape of this country both socially and economically and I am delighted with the allocation of €16 million for the industry for 2018.

“Since 2002, over 10 million people have attended greyhound racing meetings and this allocation will continue to support an industry that is responsible for sustaining in excess of 10,000 full and part-time jobs directly and indirectly.”

Finally, Minister Doyle welcomed the broader support for the RDP, with an increase in spending set to bring the programme to €626 million in 2018. He also supported the increase of €25 million in funding for ANCs, which honoured a commitment in the Programme for a Partnership Government.