Bringing growers and cattle farmers together with new maize contracts

The Maize Industry Group hopes to bring tillage and dairy or beef farmers together with the introduction of a new maize contract.

The group, which is comprised of key industry stakeholders, launched the contract at today’s Teagasc National Tillage Conference in Co. Kilkenny.

Chairperson of the group, Kevin Cunningham told delegates that the contract was introduced on the back of farmer and grower demand.

“At the moment, most maize is bought and sold either on a fresh weight tonne or per acre basis.

“We tried to stay clear of that [in the new maize contract] because we didn’t believe it is the best way to buy and sell maize.

“The farmer should be growing maize for its quality and its Dry Matter yield,” he said.

Cunningham, who is also a Business Manager with DLF Seeds, said the contract will ensure that tillage farmers are rewarded for growing a quality crop, while dairy or beef farmers know that they will be buying a quality feed.

Having a written contract rather then a gentleman’s agreement is a good step forward for the industry.

These contracts are based around the quality of the maize crop, he said, focusing specifically on starch content and Dry Matter yield.

“The contracts are based on a base value of 25% starch and 25% Dry Matter and for anything above or below this, the price will increase or decrease.

“The base price will be set on an annual basis and it will be anything from €40-55/t depending on where soya and barley prices are within any given year,” he said.

He added that the price can fluctuate by between €4-5/t either side of the base, depending on the quality of the crop.

Hopefully it will lead to the growers putting more effort into the quality of the product they produce and focus more on the starch and Dry Matter content.

The importance of a third-party adjudicator

The Chairperson of the Maize Industry Group also said that the third-party adjudicator will play a key role in the workings of these contracts.

“As with all contracts, sometimes you can end up with a lack of clarity of how the contract has been put together, but also the basis to where the yield and the quality are coming from.

“The third-party adjudicator may take a sample of the maize to get it analysed and this is what the final payment will be based around,” he said.

The new contracts will be beneficial to the tillage, beef and dairy sectors, he said.

As cow numbers increase in the country, we are going to need a second forage to feed during the shoulders of the year.

“I am not dismissing grass. Grass is the cheapest feed we can have, but it doesn’t grow for 12 months of the year.

“There is period when there is a demand for a second feed on the farm. At the moment concentrate is filling a lot of that gap.”

“But,” he added, “maize silage could have a role to play in meeting some of this demand for a second quality forage on farm, while also providing tillage farmers with another crop option on their farms.” 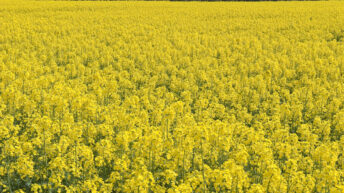 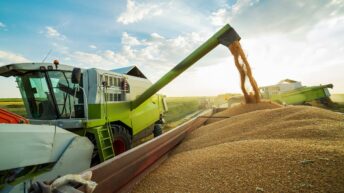