Bergin to push for election as IFA treasurer 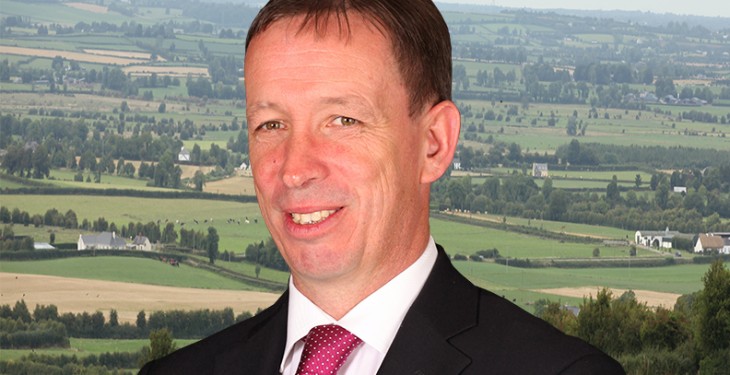 Laois suckler beef farmer Jer Bergin has confirmed to Agriland that he will put his hat in the ring for the position of treasurer of the Irish Farmers Association (IFA) at the organisation’s AGM on Tuesday next.

There is a tradition of non-successful IFA presidential candidates opting to seek such a nomination. It is a job that allows the person holding it to develop a strong network within the organisation. Bergin’s decision to seek the treasurer’s job is a sign that he has not given up hope of getting himself elected to the position of president at some stage in the future.

Courtesy of his speech, congratulating IFA president elect Eddie Downey on his recent election victory, Bergin clearly expressed the view that he would like to be an integral part of the Downey team moving forward. The most obvious way of making this happen is to have him on board as treasurer.

Bergin hails from Ballacolla in Co Laois. He is a suckler beef, tillage and sheep farmer with more than 20 years of involvement with the IFA at branch, county, regional and national level. He is currently the IFA Leinster vice-president and also chairs the association’s climate change and renewables project team – plus its roads project team.

Before joining the IFA, he was actively involved in Macra na Feirme. This included his participation in the Macra All-Ireland debating finals and in the national stock-judging finals. Bergin has also served on the board of Farmer Business Developments, the largest shareholder in FBD and was a member of the board of Agri Aware.

During the recent presidential election campaign Bergin focused on the need for Government to put a new Farmers’ Charter in place. This would include the establishment of new farm inspection procedures plus a significant reduction in the number of late payments made by the Department of Agriculture to Irish farmers.

The IFA has confirmed to AgriLand that the new treasurer will be elected at the 59th IFA AGM on Tuesday 14 January. The treasurer/returning officer will take up position on IFA’s executive board with the new president, deputy president and the four regional chairs.