Participants in the second phase of the Beef Data and Genomics Programme (BDGP II) have been reminded that they will be required to submit a carbon navigator by October 31.

The second phase of the programme opened earlier this year and the deadline for applications closed in May.

Farmers will be required to complete a range of actions – similar to those participating in the original BDGP – over the course of six years, starting in 2017 and concluding in 2022.

The carbon navigator is an online, farm management package produced by Bord Bia and Teagasc, according to the Department of Agriculture, Food and the Marine.

The tool aims to quantify the environmental gains that can be made on each applicant’s holding by setting targets in key areas, such as grazing season length.

Advertisement
The first completion of the carbon navigator must be undertaken in conjunction with an approved advisor, with the cost of the advisor covered by the department.

A list of approved advisors is available on the department’s website. After the initial completion of the carbon navigator, applicants will be required to submit data annually to allow for an update of the tool.

The data is expected to be submitted via survey forms issued by the Irish Cattle Breeding Federation (ICBF) to each applicant; they will cover areas such as grazing season length, fertiliser use, and slurry spreading.

Last year, farmers participating in the first phase of the BDGP received an extension on the deadline for carbon navigator submissions.

Originally the deadline had been set as October 31, but the Minister for Agriculture, Food and the Marine, Michael Creed, granted an extension until November 30.

It was hoped that approximately 30,000 farmers would enrol in the BDGP scheme, with just under 25,000 farmers signing up in the first phase. 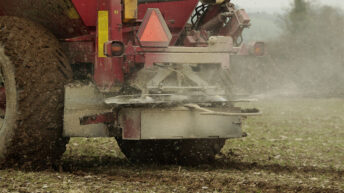