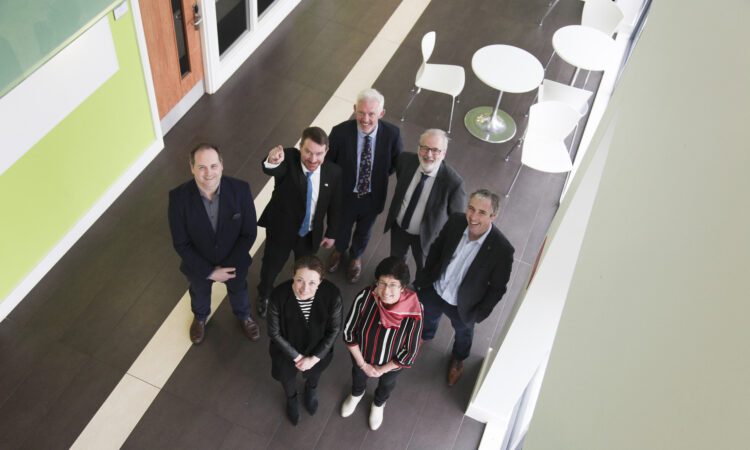 Richard Andrews, the Australian ambassador to Ireland, visited the Waterford Institute of Technology (WIT) campus last Friday (March 1), where agricultural innovations were to the fore.

Ambassador Andrews was visiting WIT as part of a trade mission to explore opportunities for business collaboration between Ireland and Australia, particularly in areas of agricultural technology.

“Agri-tech is an area in which both Australia and Ireland have strong expertise, and one where we’d expect the Australia-EU Free Trade Agreement currently under negotiation to open up new opportunities,” said Ambassador Andrews, speaking during his visit.

The ambassador was visiting WIT’s ‘Telecommunications Software and Systems Group’ (TSSG). The TSSG is part of the EU’s ‘SmartAgriHubs’ initiative, for which WIT is the regional coordinating authority for Ireland and the UK.

“This is the second time we have welcomed the Australian ambassador to WIT. Visits such as these are important in reminding Australian businesses of the opportunities available to them in Ireland, particularly in the area of agri-tech,” said Kevin Doolin, director of innovation of the TSSG.

WIT, through the TSSG, will be the “central point of contact” for farmers, advisors, agri-tech groups and agri-food companies that are looking to apply technology solutions to their businesses under the EU’s scheme.

“Countries like Australia and Ireland will have an important role to play in solving the problem of feeding a growing global population sustainably, and it will be important for our farmers and our agri-tech sectors to work closely together,” argued the ambassador.

Ambassador Andrews will now visit the Czech Republic for the first official meeting of the SmartAgriHubs consortium.

The ambassador also met with members of WIT’s ArcLabs Research and Innovation Centre, which was established in 2005 to support entrepreneurship in south-east Ireland.

“We see our client companies creating a real impact in Australia. We look forward to continuing to work with strategic partners in Australia and expanding our research there,” said Dr. Aisling O’Neill, manager of ArcLabs. 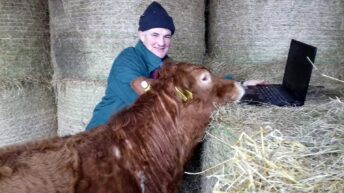