The domestic milk intake by creameries and pasteurisers in the month of August was estimated at around 868 million litres, according to the Central Statistics Office (CSO).

Looking at the period of January to August of this year, the total domestic milk intake was just over 6.2 billion litres. This is some 3.5% higher than the figure recorded for the same period of 2019 – around 6 billion litres.

The average fat content of this milk remained unchanged in August 2020 compared to August 2019, at 4.16%, while the average protein content increased very slightly from 3.55% to 3.56%.

Looking at the statistics in more detail, the total milk sold for human consumption (not including imported packaged milk) in August 2020 was 46.1 million litres, an increase of one million litres on the same month in 2019 (45.1 million litres).

The latest figure for skimmed milk powder is confidential, according to the CSO.

In other dairy-related news, the most accurate nitrogen excretion figure for the average dairy cow has been found to be 4kg more per year than previously measured, from 85kg to 89kg per year, according to Minister for Agriculture, Food and the Marine, Charlie McConalogue.

In his reply, the minister said: “It is accepted that compliance of a higher standard is required from more intensive derogation farmers to ensure a greater level of environment efficiency is achieved.” 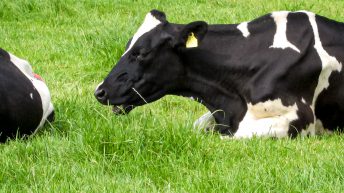