3 horses shot on land in Tipperary

Three horses have been discovered dead after being found on land in Cappawhite, Co. Tipperary. A statement from An Garda Síochána revealed that the horses were shot.

The statement explained that Gardai were called to the incident last Friday, March 29 at approximately 1:00pm. The land owner raised the alarm after discovering the horses’ remains.

It is understood the land owner did not own the horses.

According to the statement, all three of the horses appeared to have been shot and it is understood the shooting incident happened on the lands in question.

Concluding, the Garda statement outlined that investigations are ongoing.

Rural Ireland needs additional policing with better resourcing designed to reduce crime and raise confidence in An Garda Síochána, according to a new justice report.

The Oireachtas Joint Committee on Justice and Equality made the findings in a report published on Thursday, March 28. 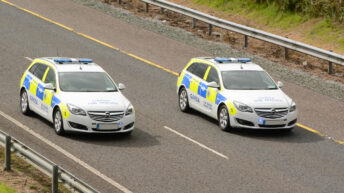