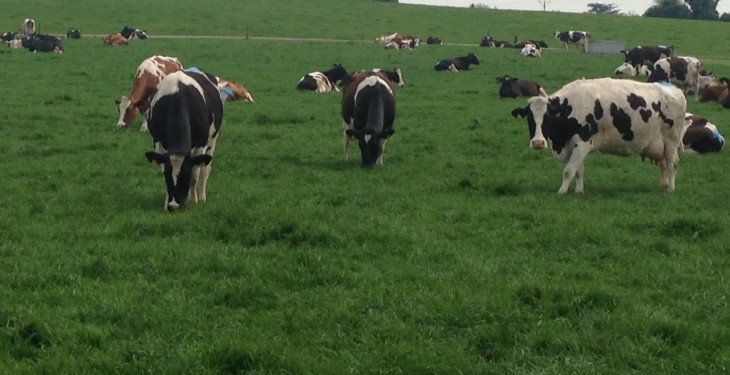 Many dairy co-operative Annual General Meetings (AGM) will be taking place over the next few weeks, yet the turnout of its members can be poor.

Imagine the reaction if dairy farmers were approached about forming a partnership with the following conditions?

Never once would they set foot in the yard; and, they would always be the first to criticise when performance was not up scratch on the farm.

You could argue that such farmers are no different than those who will offer every excuse in the book for not attending their annual co-op AGM.

It might even be fair to say that more beef farmers protested outside meat factories last winter over low prices, than active farmer co-op members attend their AGMs every year.

This is ironic, given that Irish dairy farmers are actually part owners of the business to which they supply their milk.

Remember, it is your co-op that pays, and often processes the fruits of your labour. Consequently, you would think that every dairy farmer in the country would bend over backwards to attend the AGM every year.

Farmers should use the long standing seven internationally accepted co-operative principles to ensure that they are motivated to attend this annual meeting. In plain language they are:

1. All are welcome: co-ops are open and voluntary organisations. They are open to all people capable of using the services of the co-op, and willing to accept the obligations of membership set-down by the co-op.

2. One member = one vote: Co-operatives are democratically controlled organisations. The farmer with 50 cows has an equal vote as the farmer with 5,000 cows.

3. No free rides: In theory, all members should contribute proportionally to the capital equity of the co-operative. The co-op should also benefit most those who actively use the services of the co-op. Active dairy farmers, especially younger farmers, need to ensure that important future governance decisions and share-capital ownership ultimately rest in the hands of active farmer members.

4. Self-control: Again, from their very inception, co-operatives where designed to benefit active shareholder members. Giving dry shareholders, and every other Tom, Dick or Harry, the same voting rights as those actively and fiscally consuming the services of the business, ultimately, denigrates the overall co-operative ethos.

5. Learn, educate, grow: Co-operatives provide education and training to help strengthen the economic basis of their active members. Co-operatives should also ensure the effective training of its elected representatives.

Ultimately, the buck stops with the board. By law, they hold responsibility for upholding hold the fiduciary, fiscal, and governance standards within the co-op. Accordingly, they should have the educational skill-set to ensure that they can execute their obligations effectively.

6. United we stand: Co-ops serve their members best, and help strengthen the co-operative movement, by working together with other co-operatives.

7. Build Stronger Communities: Co-operatives are not the fiefdom of a board, or executive management. While focusing on active member needs, and profitable economic sustainability, they also act towards enhancing the viable growth of the community they serve.