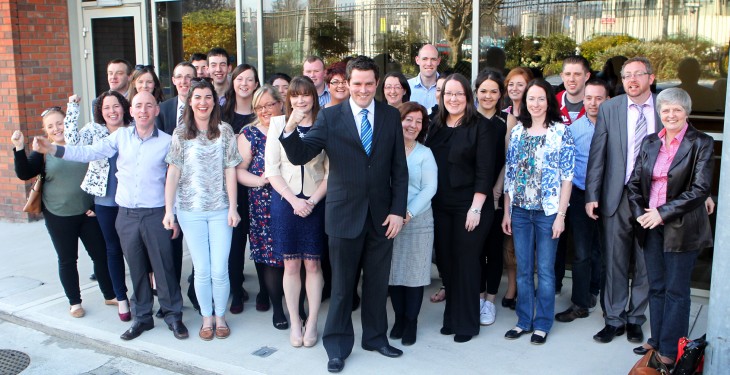 “Our founding fathers’ vision for Macra na Feirme was to help young farmers, improve their skills and provides informal education. I see a need to provide practical courses to young farmers which will increase their knowledge base and enhance their businesses.”

He said that recently, Macra was approved for Skillnets funding which means it will be able to roll out a suite of training courses to young farmers in its young farmer development groups to help them improve their farm businesses and encourage young farmers to run efficient operations.

He also recognised the important role Teagasc plays and called for their support.

“I call on the Minister Simon Coveney to prioritise the adequate resourcing of Teagasc to ensure agricultural education standards are maintained and enhanced so that young farmers are equipped with the skills and knowledge to deliver on the targets which will be set out in the Agri Strategy 2025.”

Finan was making his inaugural speech at Macra’s national AGM today (Saturday May 9th) in the Loughrea Hotel, Co. Galway, sponsored by Arrabawn.

Speaking about the future of the agri-food industry, he addressed the deficit of women in the agricultural industry.

“We need to encourage more women to enter the industry as they have a vital role to play in its development and growth”.

He also said that Macra na Feirme needs to be an organisation that represents all young farmers equally regardless of the sector they’re involved in.

He also called on the Minister for Agriculture to immediately open the Tam 2 scheme for young farmers and to fund the National Reserve.

Finan is now the 35th president of Macra na Feirme and the second Roscommon man to serve in the role, following in the footsteps of Laurence Fallon who was the 22nd president from 1991-1993.