Young farmers call for the development of a grassland improvement scheme 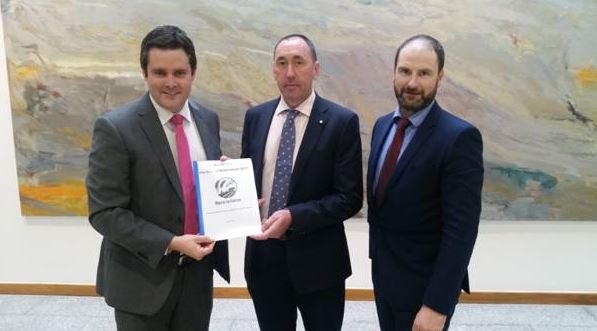 Young farmers believe that the European aid package would be better spent and more beneficial to farmers if it was invested in an optional grassland improvement scheme.

“A strategic scheme of this nature would improve the main productive assets within the farm gate such as soil fertility and grass.

“In the medium to long term, a measure like this will return more to farmers, than a one-off small flat rate payment ever could, as a result of improvements in soil fertility and grass utilisation,” he told the joint Oireachtas Committee on Agriculture recently.

Macra is also calling for the European Commission’s aid package for livestock farmers to be 100% co-funded by the Government to bring the total fund to over €22m.

It has also called for the aid to be accessible to all farmers across grass-based livestock sectors, rather than being paid out as a flat rate payment or put into a fund for the creation of a loan system.

Macra President, Sean Finan, said if the money was to spread across the livestock sector, in a flat rate payment, then the amount received would only be small change.

“I acknowledge that there is a cash flow issue on many farms due to poor commodity prices but a small payment would do little to alleviate the cash flow problems which exist.”

Macra also strongly believes, that for Ireland to sustain its world renowned green image, as well as support Irish farmers, this money should be wisely invested in grassland improvement.

The Macra na Feirme proposal based on a total fund of €22.2m, with farmers receiving a €150/ac payment, would result in the completion of 148,000ac of reseeding across the country.

Vice Chairman of Macra na Feirme’s Agricultural Affairs Committee, Thomas Duffy, said that this is clearly the fairest and simplest proposal as it benefits all active grass-based livestock farmers, focusing on efficiency rather than size or scale.

“The benefit of this measure is to decrease cost of production in the long term, rather than incurring debt, meeting our environmental and sustainability targets and it is accessible without major cost to all farms while still being a worthwhile payment,” he said.

Finan also said that if Minister Creed decides to go down the flat rate payment route with this package, then young farmers will request a payment on this top-up.