Flying the flag for New Zealand at this year’s ploughing 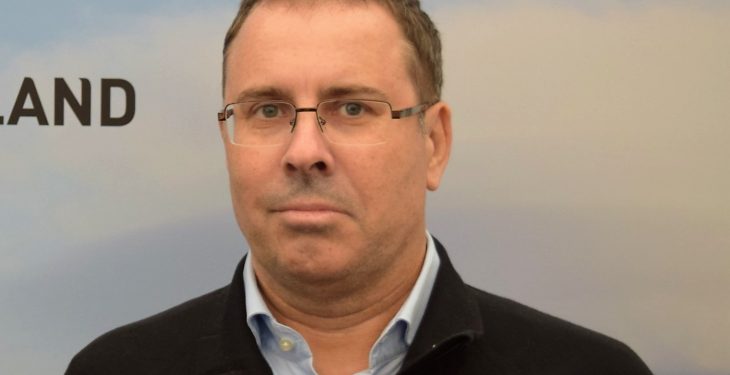 Irish farmers can benefit from the innovation of the ‘Kiwi’ agri-tech sectors, according to Andrew White, a European director of New Zealand Trade and Enterprise (NZTE).

“Both Ireland and New Zealand have farming industries that have tremendous synergies, a focus on milk production being one of them,” he said.

“I firmly believe that Irish farmers can avail of the new technologies that have been developed in New Zealand in ways that will make their businesses much more efficient and profitable.”

White was speaking at this year’s National Ploughing Championships, where he headed up NZTE’s presence at the event.

“This is the first year that NZTE has had a specific presence at the ploughing event, and we have a number of leading agri-tech companies from New Zealand represented in our pavilion.”

All of this development work has been carried out to allow farmers manage cows on an individual basis.

“This, in turn, provides farmers with the tools to improve efficiency levels and to drive down their costs of production.

“New milking and identification technologies allow for the real time monitoring of cell counts, heat detection and selective drafting of cattle on an automatic basis. There is also the scope to weigh individual cows and to actively monitor a range of animal health-related criteria.”

White also said that New Zealand is a centre of excellence, where grassland establishment and sward management technologies are concerned.

“Exports of agricultural technologies from New Zealand are currently valued at NZ$1.2 billion, of which 30% is accounted for by Europe.

“We want to build on this for the future and we see Ireland as a key target market in this regard.”