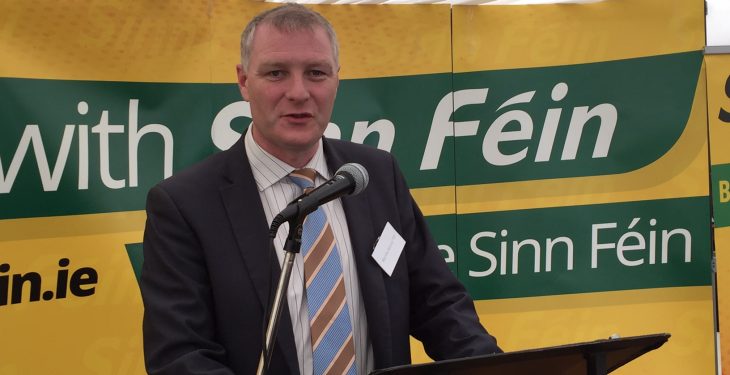 Sinn Fein has called for the introduction of a Grocery Regulatory to ensure that there is a fair price for the produce of Irish farms.

Its Spokesperson for Agriculture, Martin Kenny, said there needs to be transparency on the prices paid to farmers and the price charged for produce on supermarket shelves.

“The Irish farming community are on their knees at the moment, people are very concerned that the future is not looking good for the Irish agricultural sector,” he said.

Speaking to Agriland, the South Leitrim TD said that the proposed regulator would have the authority to check what’s happening and to ensure that Irish farmers are receiving a fair price.

“If they are not getting a fair deal from the supermarkets or the processors that they can be penalised for fixing the market.”

That is clearly our view and the view of many people community, that the market is fixed, there is not a level playing field and the big corporate interests are suiting themselves whenever they like.

“World markets are blamed and Brexit is blamed and all we know at the end of the day is the farmer is making less and less money for more and more work.

“And that simply isn’t good enough,” he said.

The Sinn Fein spokesperson also said there is an awful lot of money to be made out of food production, but very little of this profit comes back to the farmer.

“The farmer that gets up at night to lamb the ewes doesn’t get much profit and it is the same thing in every aspect of our farming sector.

People are making less and less money for more and more work and that’s what needs to change.

“It can’t just happen over night because these big corporate entities, that now control the food business, have very significant influence.

“There has to be a plan over the next couple of years to turn it around so that the farmer can get a fair slice of the cake.

“That’s all they want – a fair price for the produce they produce,” he said.