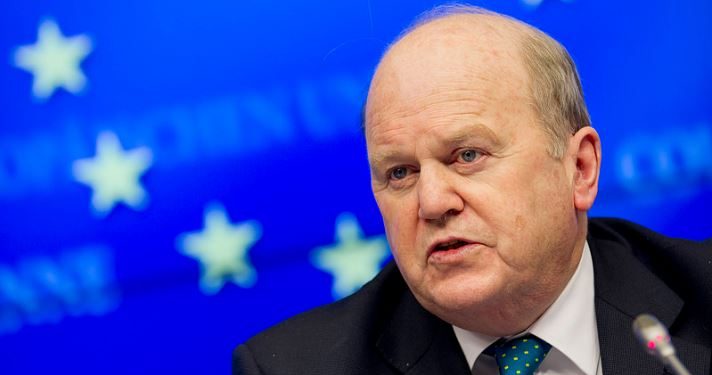 The Minister for Finance, Michael Noonan, has said the labour-intensive and tight profit margin sectors are most exposed to Brexit.

This message will come as a stark warning to many Irish farmers, as figures from Teagasc show that only 37% of farms were economically viable in 2015, while a further 29% of farm households were only sustainable because of the presence of off-farm income.

Speaking to the City of London Corporation on Thursday, Minister Noonan said the Brexit will lead to major challenges for Ireland, the UK and the EU in the future.

“The UK vote to leave the EU has added to concerns about the international outlook.

“While trade links between the two economies may have declined in relative terms in recent decades, it is abundantly clear that the UK remains a crucial trading partner for Ireland,” he said.

The UK is an important market for Irish agricultural produce, and official figures show that it accounted for 50% of Irish beef and 28% of Irish sheepmeat, but since Brexit, the volume of Irish beef shipped to the UK during the month of July declined by 20%.

Minister Noonan also said the Sterling values have depreciated and any significant unwinding of this appears unlikely at least in the short run.

“This has resulted in a loss of competitiveness for many Irish-based firms.

“The UK accounts for around 16% of Irish exports with over €1.2 billion of goods and services exchanged across the Irish Sea on a weekly basis.

That trade provides 400,000 jobs, split evenly between the two islands, with many more in the supply chain.

“What many people don’t know is that while the UK accounts for around 16% of Irish exports, we too are an important market for the UK.

“We are the UK’s fifth biggest export market. Because of the closeness of the British Irish relationship, the stakes have always been higher on this issue for Ireland, than for other EU Member States,” he said.

Future Implications and Challenges of Brexit

He also said that a stable, prosperous and outward-looking UK is clearly in Ireland’s interests and those of the EU as a whole.

“The closer the UK is to the EU, the better for all of us, and above all for Ireland. It is a matter for the UK itself to establish what it wants to achieve, and how it sees its future.

Within the EU, Ireland will argue that the negotiations should be conducted in a positive and constructive way.

“Ireland will continue to take every opportunity, both at the European Council itself and in other discussions, to underline Ireland’s unique relationship with the UK and our concerns in relation to trade between the UK and Ireland, Northern Ireland, North-South relations, and the Common Travel Area,” he said.