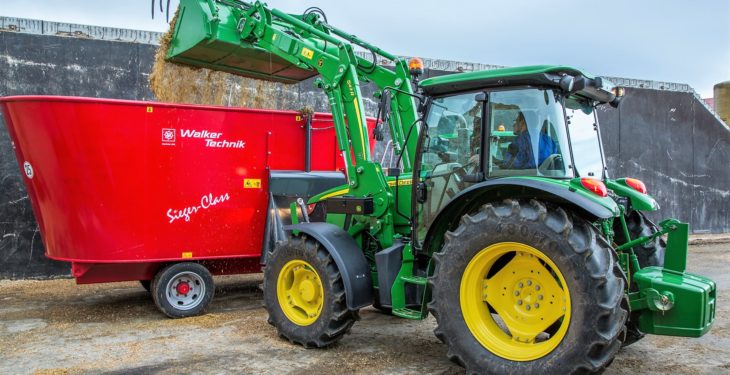 It is imperative that young people working on a farm are interviewed to ensure that they are mature enough to operate farm machinery.

This is the view held by Kevin O’Connor – a trainer with Farm Relief Services (FRS). O’Connor was the judge for Macra na Feirme’s ‘Safe Tractor Skills Competition’ at this year’s National Ploughing Championships in Screggan, Tullamore, Co. Offaly.

Speaking at the Macra stand at ‘Ploughing 2018’, O’Connor explained how FRS runs tractor driving courses for young people aged between 14 and 16 years old.

While he acknowledged that 80% of those young people would be “quite good drivers”, he would have concerns for the remaining 20%.

“They might well be able to drive, but another question you need to ask yourself is: ‘Have they turned a corner where they are mature enough to drive?’

“I would urge everyone who is employing young people on the farm to sit them down and interview them to make sure that they are actually mature enough to operate a machine.

“A tractor now today is the only mechanically-propelled vehicle you can drive on the road without actually doing a test. You could be pulling up to 20t,” he said.

O’Connor stressed that it is important that young people have the right behaviour before they are allowed to operate farm machinery.

It’s not just about driving; it’s also about how you behave when you are driving.

“I’m not going to say that you will get killed if you get down frontways, but again it’s about behaviour,” he added.

Meanwhile, Jim Dockery – also from FRS – voiced concerns at the Macra stand regarding the level of fodder being transported around the country.

Commenting on the matter, he said: “We feel that there is going to be a huge increase in the amount of loading and unloading of bales. There will be a lot of bales moving; there has been already and will be throughout the winter.

“Once a bale falls on somebody or rolls down, there is potential there to kill or seriously injure somebody.

“Be very careful loading and unloading bales. With the extra movement of fodder and feed, there is going to be – without a doubt – an increased number of accidents because of that,” he concluded. 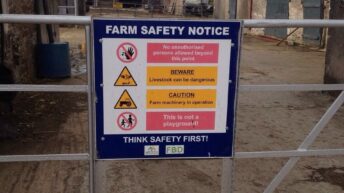