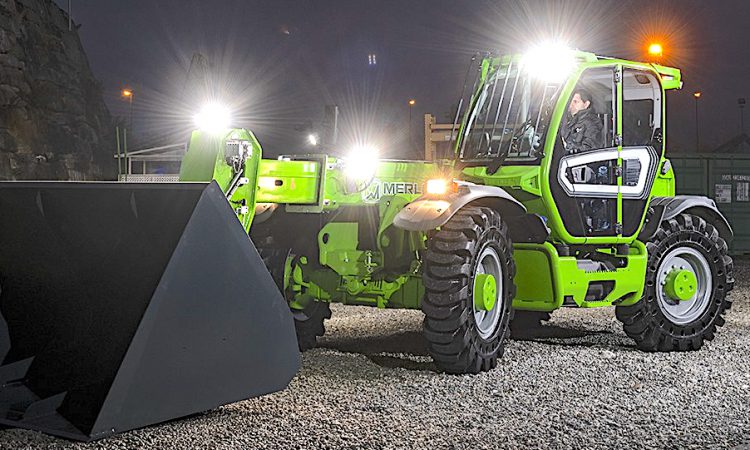 Merlo has aimed its sights at the burgeoning waste and recycling sector with the introduction of Waste Manager.

However, it may also offer an attractive alternative for farmer fans of the Italian telehandler maker.

The manufacturer describes its new machine as a “versatile, heavy-duty bulk handler configured around its existing TF65.9 telehandler model”.

Operating with interchangeable bucket and forks, the Waste Manager is a “full-on telehandler”, the firm says.

Commenting, Denis McGrath, general manager with the Irish distributor, McHale Plant Sales, said: “[It] is augmented by beefed-up modifications, added components and operational enhancements that fully equip it to meet the expectations of a tough and demanding materials processing industry.”

Into the mix comes added underbody protection that “extends the life of the vehicle and helps reduce maintenance and downtime”, McHale Plant Sales claims.

Another interesting feature is the provision of solid tyres in preference to air-filled alternatives – resulting in a claimed three-times higher wear resistance, increased safety, and the elimination of punctures, costly repairs and downtime.

Other features of note include a centralised greasing system, a high-flow hydraulic arrangement that eliminates the risk of oil overheating and excessive component wear, and a brush-protected boom whereby damaging matter is prevented from entering between sections and causing damage to internal components.

A low-frequency system sees a “drastic reduction in vibrations and stresses” inside the passenger compartment. Controls are grouped into functional areas, to maximise ergonomics while, to make driving even more comfortable, it can be equipped with Merlo’s patented suspended cab.

It is finished off with an 11-strong LED headlights arrangement that is supposed to illuminate the entire perimeter of the unit.

Another standard fitment is Active Boom Suspension that protects the load during transfer, reducing pitching and increasing comfort on rough terrain.

To deliver maximum precision and power to the boom, the suspension is automatically deactivated at low speed (below 3kph). 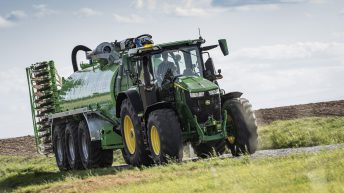