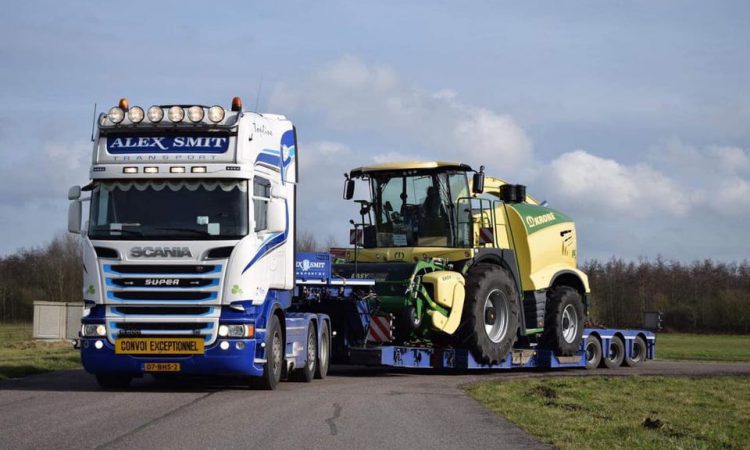 The first model of the world’s most powerful forage harvester, Krone’s BiG X 1180, has landed on Irish shores.

The beasty machine docked into Dublin last night and is understood to be heading up the A1 this morning before making the journey to its new home north of the border.

The model was launched in September 2018; however, the arrival last night marks the first time one has been sold on the island.

Sitting at just over 3.2m wide – and barely fitting onto the lorry – it could be a tight squeeze at Irish gateways!

There has been much speculation about who the buyer would be. Co. Down agricultural contractor Brian Horner made headlines buying the BiG X 1100 in 2018, but it’s understood to be another contractor behind the most recent purchase. 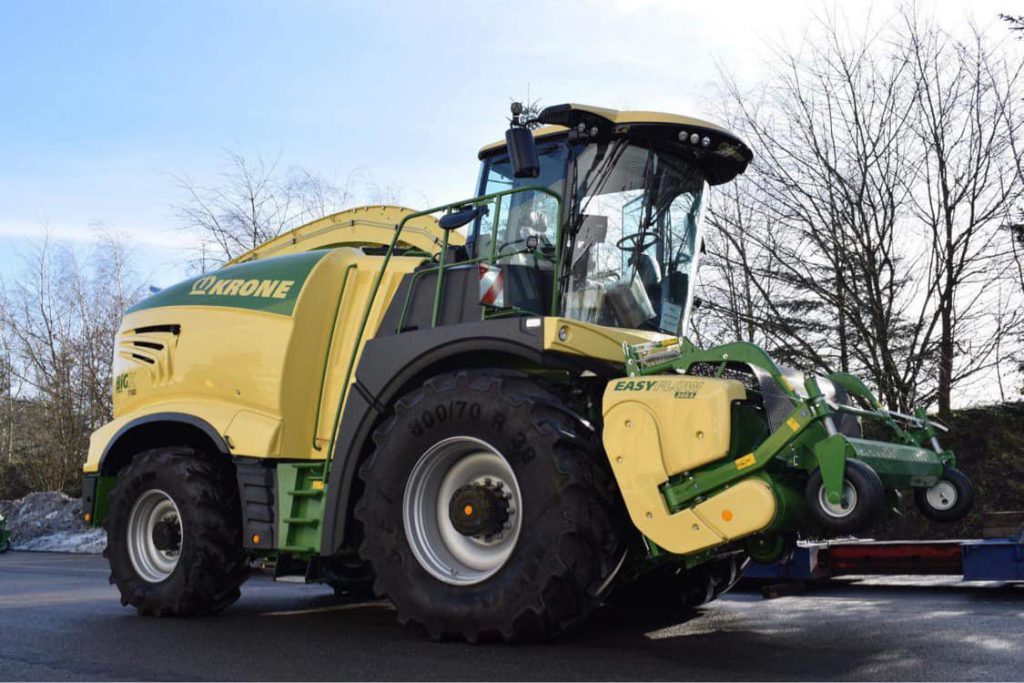 Farmhand marketing director Stephen Scrivener explained bigger models like the 1180 would be popular in the USA.

“It’s around 15% bigger than the next biggest harvester in the world,” he said. “The way the owners are seeing it, they do huge output in a short amount of time.

The idea is that if you have a very high capacity horsepower, it’s not straining; you’re not putting her under pressure – the engine revs are low, the diesel consumption is low.

“The whole build of the machine is built for really, really high output working in America eight or 10 months of the year.

“The idea is you can put a huge amount through it in a short amount of time.”