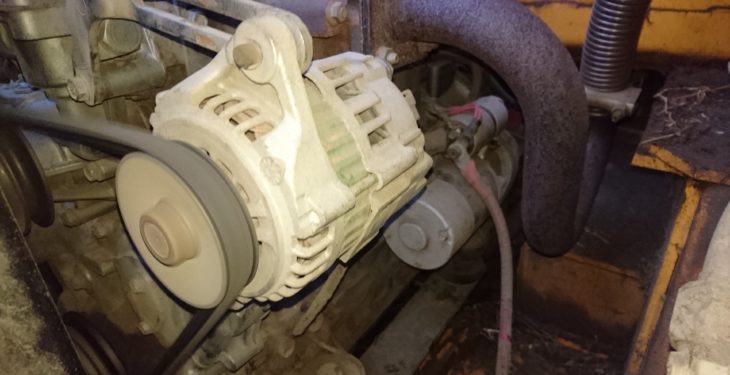 Modern vehicles are packed full of electric and electronic components; the alternator is one of the most essential elements.

It provides power to the rest of the electrical system while the vehicle is running. Most typical farm or road vehicles use a 12V system; larger commercial vehicles may use 24V electrical set-up.

A battery is like a storage tank for energy. It can only supply power for so long before becoming drained. The alternator acts like a pump to top the battery up and supply power to the rest of the vehicle.

Usually attached to the side or top of the engine and driven via a belt, the alternator chiefly consists of two windings of wire. Applying current to the inner coil (rotor) generates magnetism; when spun inside the outer coil of wire (stator) this generates a flow of electrical current.

The power produced initially from the alternator is in the form of alternating current (AC), meaning it consists of pulses of electricity that change direction repeatedly.

This AC is not suitable for battery charging, so a rectifier converts the power produced to direct current (DC). The rectifier smooths out the ‘pulses’ using diodes. These are small electric components which function like electrical ‘one-way valves’ to convert AC to DC.

The rectifier is usually attached to the alternator – but is sometimes fitted externally on older vehicles or on smaller machines (with lower electrical output) like ATVs.

Thereafter, the regulator is what keeps the voltage under control within the electrical system. A fully-charged battery will typically exhibit just over 12.6V, but needs 13.8-14.4V to recharge.

The regulator unit initially takes in power from the battery, via the key-switch and charging light on the dash, and feeds it into the rotor through the slip-rings.

When the engine is started, the alternator spins and begins to produce power. When the light on the dash goes out, it is an indication that the alternator is no longer relying on power from the key-switch to energise the rotor.

The regulator then maintains the voltage (between 13.8 and 14.4V), by varying the power input to the rotor (based on the demands of the system).

In this case (see picture below), a Lucas-style alternator (as found on many older UK-built machines) uses one smaller input terminal (connected to a switched supply from the key) and two larger output terminals connected to the battery (bolted to the starter solenoid). 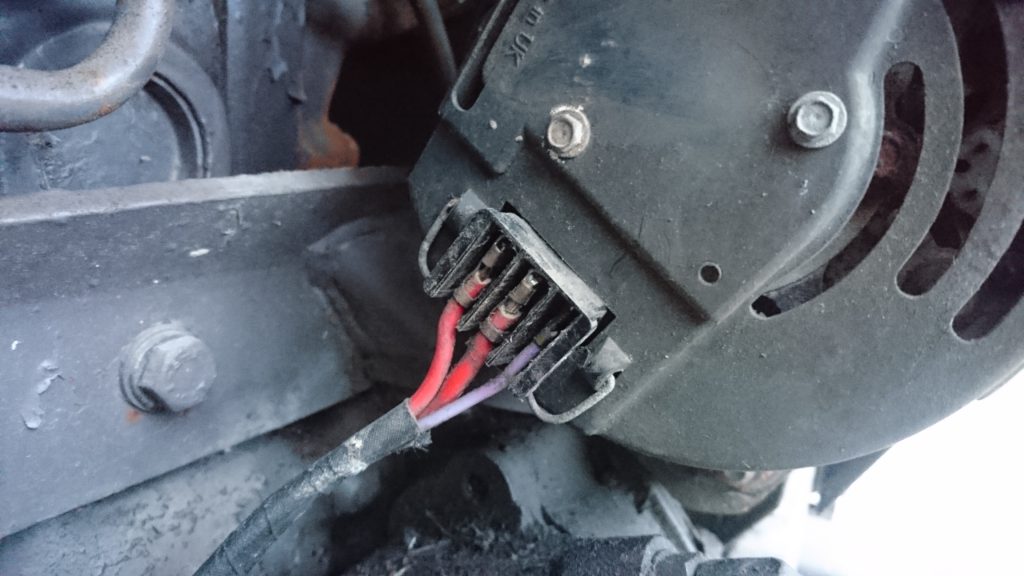 If you suspect electrical charging issues with a vehicle, you will need a basic voltage tester or a multimeter. Remember; a fully-charged battery should read between 12.6 and 12.8V.

Bear in mind, when checking batteries, that they may need to sit idle for up to 24 hours after charging to get an accurate reading.

With the engine running at idle, the voltage at the battery or alternator output terminal(s) should be between 13.8 and 14.4V (using the DC test function on the multimeter).

Turning on headlights (or spotlights) should not vary this reading too much. Below 13.7V your battery will charge slowly or, perhaps, not at all. Above 14.5V the (lead-acid) battery may start to boil – with ensuing danger and damage. 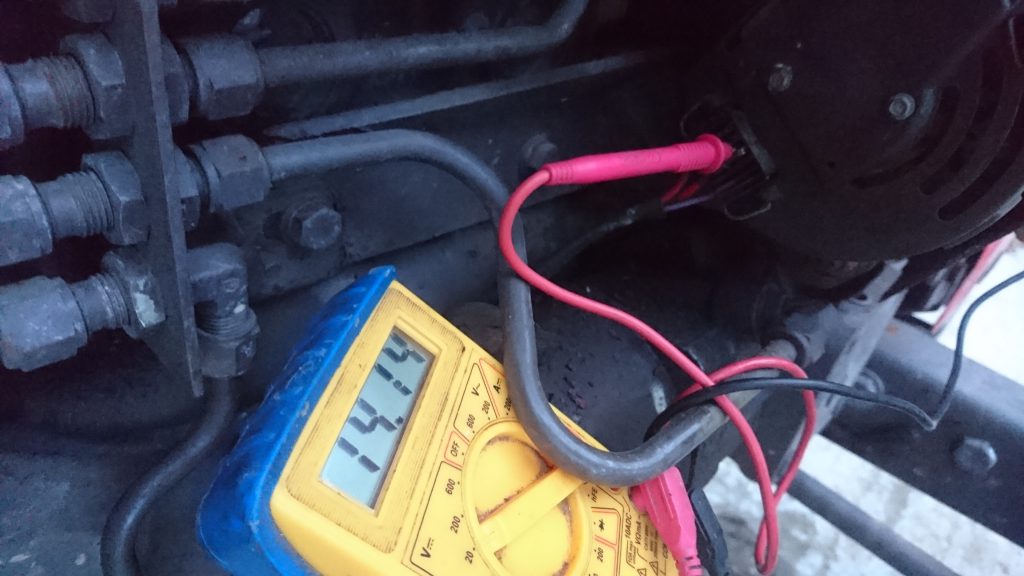 With the engine off and key on, the alternator should get ‘battery voltage’ at its input terminal. If there is no voltage, there may be a fault with your key switch.

On older vehicles, the charge light bulb is an essential part of the circuit; if this is blown your alternator will simply not produce power.

Also, the regulator contains brushes which transmit input power to the rotor. These can wear, causing noise – or intermittent charging or variable system voltage. Testing and replacement of these is often best left to specialists.

If a battery is going flat overnight, the diodes in the rectifier may have failed – causing a power drain similar to leaving a key on. If this is suspected, a voltage check (in AC mode) should read zero with the engine running. If there is a reading, it may be down to a failed diode.

Other potential issues include bearing failure (showing itself as a whine or growl) or a generally noisy alternator. To investigate, remove the drive-belt and check for grumbling or roughness when turning the unit by hand.

Bear in mind that many modern alternators have an over-running or clutched drive-pulley fitted.

When engine rpm drops, this clutch free-wheels (much like a bicycle wheel) to reduce shock loads.

This is a wearing part; when it fails it may result in noise or even the alternator not turning (despite the belt still seemingly running as normal).

A failing pulley may also emit a buzz or squeal immediately after turning off the engine. To check, remove the drive-belt and try turning the pulley while holding the drive-shaft stationary. If the pulley turns freely in both directions, despite the shaft being held, it will need to be replaced. This may require special tools.

Do bear in mind that this article serves as a basic introduction to alternators; it trouble-shoots only the most routine, day-to-day problems. For an in-depth alternator test or overhaul, seek out an automotive electrics (i.e. a service engineer) specialist.

Thanks to Autorads Direct, Tierworker, Co. Meath for help in producing this article. 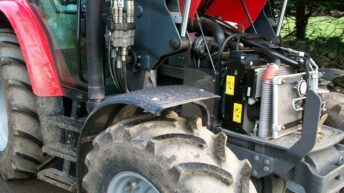