All farmers are being urged to join the push for pension equality for women by newly-elected Irish Farmers’ Association (IFA) Farm Family and Social Affairs chairperson Caroline Farrell.

Farrell called upon farmers as she and other IFA representatives joined a protest organised by a group including the National Women’s Council, Age Action and Pensioners for Equality in Dublin earlier today.

Today’s protest is part of a campaign seeking measures to address inequality resulting from changes to the yearly average contribution system introduced in 2012.

According to the IFA, these changes discriminate against individuals – particularly women – who worked within the PAYE (Pay As You Earn) system for a number of years, but had to leave for a period due to the marriage bar or to raise a family or care for an older relative.

The farm organisation has made representations to the Minister for Social Protection Regina Doherty to “seek a solution to address this injustice, which is experienced by many women in farming – as well as those low-income farm families in receipt of Farm Assist, who were excluded from making pension contributions prior to 2007”.

The IFA is calling on the Government to address past injustices for women at or near pension age by:
Advertisement

Farrell stressed: “The contributory pension is a hugely important source of income support upon retirement for self-employed workers, particularly those at lower income levels.

“It is completely unacceptable that women are being discriminated against for taking time out from paid work to care for children and family members, particularly when in some instances they were forced to give up work under the marriage bar.

It is saddening to meet women who have worked all their life on the farm, caring for their children and older relatives and who are now facing their old age in poverty – because, the State still fails to recognise their work as unpaid carers.

Farrell pointed out that at 37%, the gender pension gap between the value of pension payments to women and to men in Ireland is the fifth widest pension gap within the EU.

“To honour its commitments in the National Strategy for Women and Girls 2017-2020, the Government must – as a matter of urgency – assess how our pension policy impacts on women.” 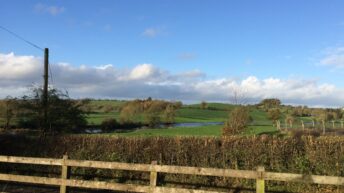 Many farmers fear farmland ‘could be bought out from under them’