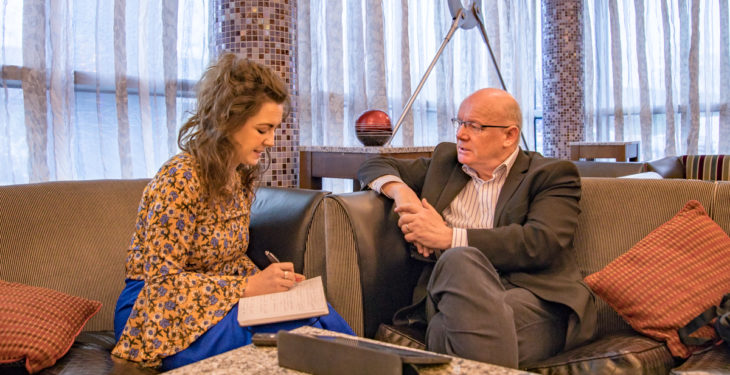 “Your past defines who you are; but, your past should not limit your future. And that’s where I am heading – forward.”

These were the first words uttered by Pat Smith, managing director of Local Power and former general secretary of the Irish Farmers’ Association (IFA), when he sat down with AgriLand last week.

More than two years after the much-publicised IFA pay controversy, Smith – who resigned from his former position to help the then president deal with unsavoury internal political shenanigans over his salary, which subsequently lead to a major fallout within the association – has returned to the stage.

In his first big interview since leaving the country’s leading farm body – to which he dedicated almost 30 years of his life – Smith offers his perspective on Brexit, CAP reform and the future of farming.

The Meath man, who previously donned the ‘Royal’ jersey for the county footballers back in the day, talks candidly of his passion for renewable energy – an area he’d intended to develop for the IFA, and its then 85,000 members, when he was behind the wheel.

Looking relaxed and content at the Crowne Plaza Hotel in Blanchardstown, it’s obvious Smith is eager to harness all his farming and agri-business knowledge into a new challenge.

Not one to sit on his laurels, in addition to setting up his own business, Smith has also been adding to his qualifications and is about to become a chartered director with the Institute of Directors Ireland (IOD).

There is an unmistakable sense of ambition about him.

“Brexit may not happen at all,” he says.

“What Brexit has done is create huge uncertainty in today’s world for the agri-business sector. We’re being pressured on both sides; from a currency perspective on imports and exports with a huge trading partner.

“Some businesses are struggling to survive – there is no question about that – but, where is Brexit going to end?

“In the UK you have a Conservative Party that’s in tatters; while the Labour Party has over 500,000 paid-up members.

“Ultimately it will probably end up with a very soft Brexit and that will be in the best interest of Europe, Ireland and the UK.

Smith is mostly of the opinion that Ireland wouldn’t be where it is today without the EU. However, he states that he doesn’t agree with all its “policies and bureaucracies”.

He contends that the upcoming reform of the Common Agricultural Policy (CAP) will pose a “huge challenge” for European farmers.

“I think the last CAP reform (2014) will be seen to have been a very successful outcome; because, what we managed to do was hold a budget and be as equitable as possible to distribute funds among the farming community.

“Before I left the IFA, I started a campaign with other farm organisations right across Europe – because, I think the CAP needs to be re-focused.

“It needs to be re-focused towards productive agriculture; there has to be some linkage to the employment, the economic and rural benefit it brings.

It can’t be all about the birds, and the bees, and the environment.

Smith has been at the forefront of agriculture all his life.

He grew up on a family farm in Kilmainhanwood, Co. Meath; studied at Warrenstown Agricultural College; and enrolled in Agricultural Science in University College Dublin (UCD) in the early 1980s.

After college, Smith moved to Scotland to work as an agricultural advisor for three years, before returning to Ireland to further his education in finance and accounting.

In the mid-1980s, he worked at a consultancy firm in the south-east – where he was involved in building a dairy farm that produced one million gallons of milk – the biggest dairy farm in Ireland at the time.

In 1989, he joined the IFA as executive secretary of the farm business and environment committee. He was subsequently appointed director of the organisation in 1990 and general secretary in 2009.

During his tenure, Smith spearheaded campaigns; lobbied to open international markets for Irish beef; established Agri Aware; and battled against major redistributions of EU payments under CAP reform in 2014.

When asked about the future of farming, Smith said the trick is to “stay efficient and punch smart”. 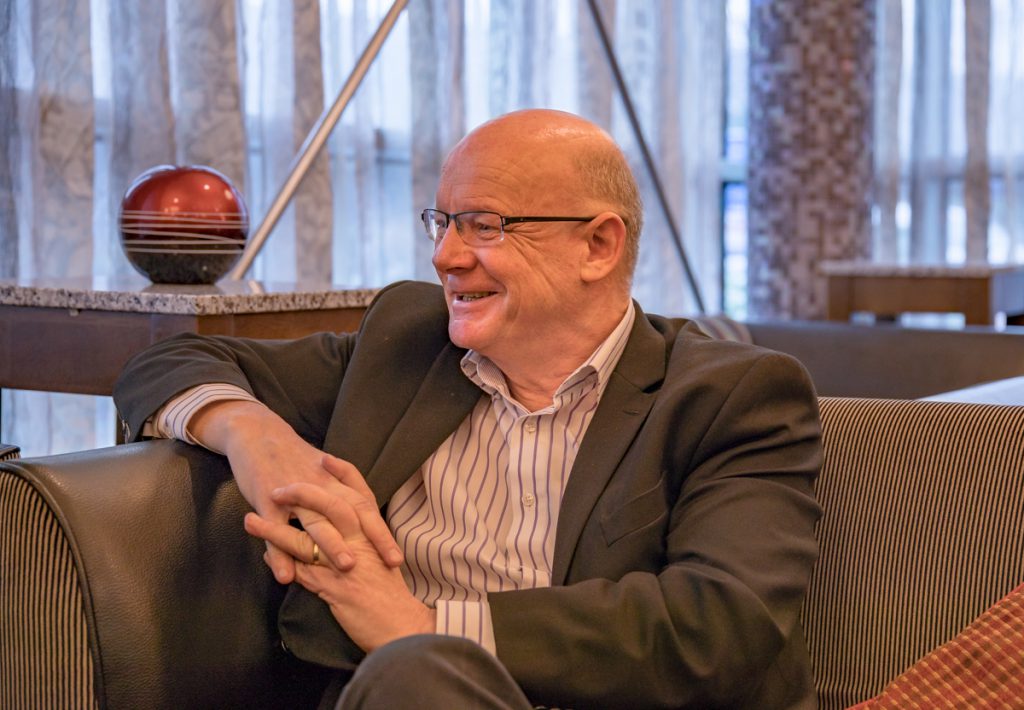 Smith, who was in the process of setting up a renewable energy business for farmers before leaving the IFA, predicts a “mini revolution” in farm energy is fast approaching.

“There is an incentive there for Government to socialise and popularise renewables, by supporting households, businesses and farmers to generate some of their own energy.

“Technology – such as a ground-mounted and roof-top solar – has been very efficient, very dependable and very predictable with no maintenance costs.

“The real disruptor that is coming in the energy business is the fact that, for the first time, battery storage is going to make it affordable to store energy and use it when you want to use it.”

He anticipates that a significant portion of energy will be generated by combining technologies.

Green is very important; but, for farmers, businesses and households who invest in renewables it must make commercial sense as well.

“It means farms will have battery storage stored as surplus energy for use at night, and it will also act as an uninterrupted power supply in case of an outage – so they have energy stored to milk the cows.

I see a future where the quad bike will be plugged in when not in use; where tractors and machinery around farms will be electric.

He is confident that farmers will move with the times.

“Shortly after joining the IFA, I remember I’d be travelling the country trying to find a phonebox to make a call back to the farm centre – nobody ever imagined that we’d be walking around with a computer in your pocket that is effectively your office.

“However, the Government needs to put the necessary supports in place to encourage farmers to adopt renewable technologies.”

Smith firmly believes that farmers should be rewarded for successfully adopting renewable and environmentally-sustainable practices.

Farmers should also get the credit – a quid pro quo – that if they do a little bit of renewable or if they reduce their carbon emissions, that should be collectively offset against the carbon emissions increasing on the other side of the wave on increasing output.

“The Government has a job to try and ensure that the country meets its climate change targets; but, the people, farms, households and businesses that are paying the bulk of the PSO (Public Service Obligation) levy need to be empowered.

“There is always the guy who will buck the system; but, in the main farmers are environmentalists. They know that if they don’t treat land or stock or the environment properly, it will come back to bite them,” he said.

When asked where he sees rural Ireland in 10 years’ time, he simply replied: “Flying”.

“People living in rural Ireland have choices to make; they need to support and encourage businesses and services from within their own communities – or else those communities will basically suffer.

“I believe self-employed people in the agricultural sector generally need more support and need more regard from the public, because those are the people that pay the bills,” he said.

‘Staying out of trouble’

The aim of Local Power is to help businesses to efficiently manage empty costs within their businesses; to use renewable energies to help reduce carbon emissions and to generate energy on-site.

With his business taking off nationwide, Smith says he is enjoying life.

“There are two things that are very important in life – ‘never give up’ and ‘make a difference’.

I’ve always made a difference in what I have done; I’m very proud of what I have achieved in my career; and I think the records will show that seldom have I dropped the ball.

“I’m enjoying it; I liked innovating and developing new initiatives for farmers when I saw a need or an opportunity – such as setting up Agri Aware, IFA Telecom and member services.

“I’m looking forward to the next wave of opportunity. Hopefully it will keep me busy and out of trouble!” he smiled. 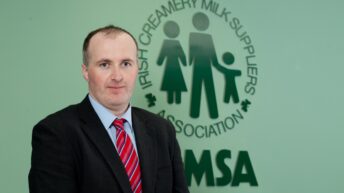