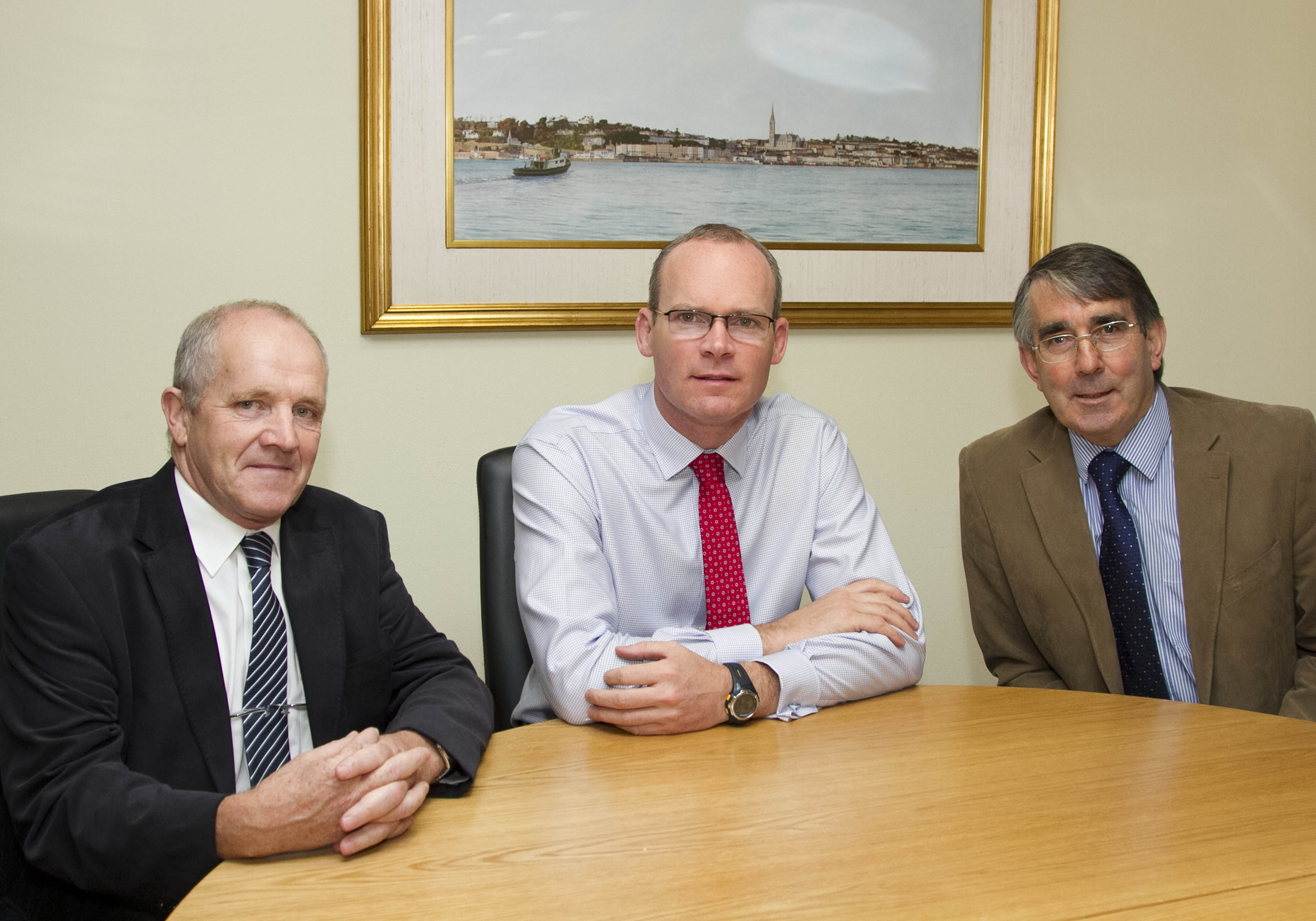 At a meeting this morning with the Minister for Agriculture Simon Coveney, an ICOS delegation of mart managers and chairmen, led by Michael Spellman, Chairman of the ICOS Marts Committee, emphasised to the Minister the urgency of finding practical solutions to unjustified obstructions being imposed on the traditional trade between Northern Ireland customers and livestock marts in the Republic of Ireland.

“The maintenance of a vigorous live trade with Northern Ireland is a vital source of additional competition for livestock which helps underpin the autumn trade in marts,” said Michael Spellman.

“Farmers in Northern Ireland who bought cattle from the south last Autumn are facing a major financial hit as they now go to sell these animals into the factories. It is a case of ‘once bitten, twice shy’ and unless the irrational and unwarranted €150 fine is removed by the factories, Northern Ireland farmers won’t buy cattle from the south again this year.

“The immediate priority is the restoration of the traditional Autumn trade. Without this trade it is not an exaggeration to state that the future of suckling enterprises in the Republic is under serious threat,” he stated.

Michael Spellman said that the marts delegation had emphasised to the Minister the importance of immediately engaging with his counterpart in Northern Ireland, Minister Michelle O’Neill with a view to removing the obstructions to this trade.