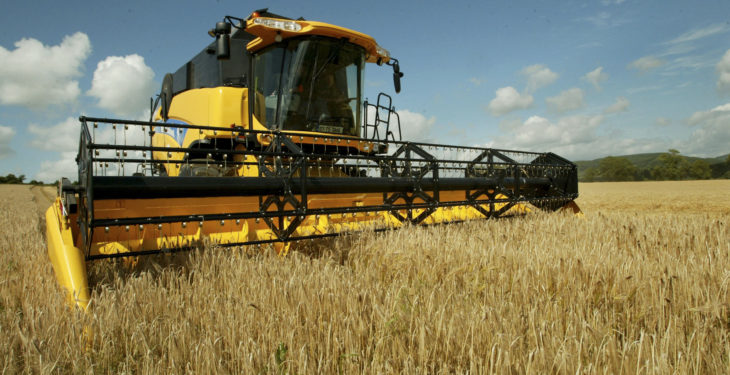 Harvest 2017 is well underway in some parts of the country, with crops ripening up to a week earlier than last year. Grain merchants are busy on the weighbridges, with tillage farmers bringing in crops of winter barley.

Overall grain quality is good and merchants are pleased with low moisture levels.

Glanbia Ballyhale, Co. Kilkenny received its first load of winter barley on July 12 – a week earlier than last year – and only three or four more loads are expected.

Yields are approximately 3.5t/ac, with moisture very low at 14-17% – making for easy handling.

Speaking with AgriLand, a Glanbia representative said quality is excellent and bushel weights are all over 60. Regarding prices, nothing has been settled on at the moment, he said.

Quinns of Baltinglass, Co. Wicklow expects to be finished with winter barley at the end of the week; harvesting will then turn to winter oats and oilseed rape crops.

While yields are slightly back, moisture is low and grain quality is very good. The Wicklow-based merchant is seeing high bushel weights of 68-69. No price has been settled at the present time, as it is still very early in the season, a company representative said.

Harvesting has just kicked off in the last few days, according to Liffey Mills in Roscrea, Co. Tipperary, with a pick-up in winter barley deliveries being seen this week.

Grain is very dry, at 14-16% moisture and is easily handled, with very little drying needed.

In the north-east of the country, Drummonds of Clonee, Co. Meath said no big flurry has been seen yet. “Harvesting is just starting in this area,” a representative said.

Of what the merchant has received so far, there has been a variation in yield and quality; bushel weights from 60 to 70 have been recorded. He added: “Yields are not as promising as people were thinking.”

Drummonds too have seen drier-than-normal grain – winter barley has been coming in at 14-17% moisture.