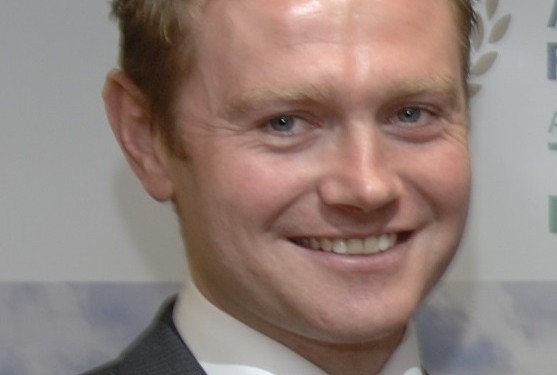 William Minchin has joined MSD Animal Health as marketing manager for ruminant medicines. MSD is the largest supplier of animal medicines on the Irish market and one of the world’s biggest animal health companies.

From an intensive beef farm at Leighlinbridge, Co Carlow, William graduated from UCD in 2005 with a degree in agricultural science. He completed a PhD in animal science at Teagasc Moorepark in 2008 following which he spent two years as a research scientist at Teagasc Grange, working on beef production systems.

In his new role, Minchin will be centrally involved in the development of communications campaigns on the prevention and control of diseases in cattle and sheep. He joins MSD Animal Health from Zoetis where he was livestock product manager.

An accomplished gaelic footballer, Minchin is a member of the Carlow senior team for the past 12 years and has won three county championships with his local club Old Leighlin.

MSD employs over 2,000 people in Ireland, at sites in Dublin, Cork, Carlow, Tipperary and Waterford and it operates in more than 140 countries worldwide.

In the past five decades, it has have invested over €2.2 billion in Ireland and are one of Ireland’s leading exporters, contributing significantly towards making the pharmaceutical industry the country’s leading export sector. A member of Guaranteed Irish, MSD manufactures or packages many of its leading products for the world market in Ireland.