Will superlevy temper the rise in Irish milk production? 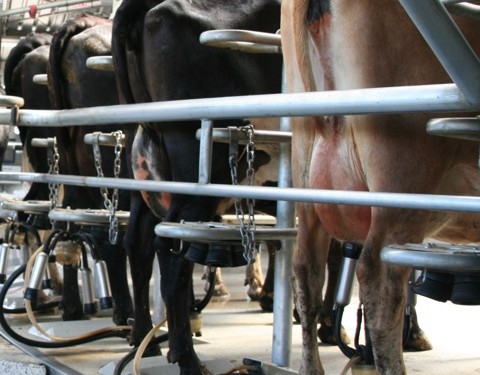 With Irish milk production up 10% (Apr-Jun) in 2014 compared to the previous year, DairyCo says milk price will play a key role in whether Irish farmers go over quota or not.

Dairyco is a not-for-profit organisation working on behalf of Britain’s dairy farmers. “At this early stage it could be viewed that Irish farmers are not thinking about the final year of quota, and thus superlevy, although this will all depend on Irish farmgate prices.

“If farmgate prices track high enough over superlevy (around €28/100kg) going forward, then farmers may not restrict production. Currently Irish farmgate prices are tracking around 33% higher than the superlevy fine (May 14), however, this gap has been reduced due to falling commodity prices.”

According to DairyCo: “Current trends in commodity prices would suggest this could fall further and there is uncertainty over future market trends. Ultimately this could mean that Irish farmers begin to limit milk production this year. A heavy superlevy in the final year of quotas could also hamper any strong expansion post-quota.”

Short of a significant weather event hampering New Zealand, Indian or US milk output over the coming months, the Irish Dairy Board (IDB) believes that farmgate milk prices in Ireland will come under further pressure during the second half of 2014.

“It’s all about supply and demand,” Joe Collins, Managing Director of IDB’s Dairy Trading & Ingredients division told Agriland recently. “Demand for dairy products is increasing by about 2.5% per annum and that figure is likely to remain constant during the period ahead.

“However, we have seen global milk output increase by 4.9% over the past six months, with the result that production is significantly outstripping demand at the present time. The net result of all this is pressure on farmgate prices, which we are now seeing materialise.”