There has been a widespread fall in sheep factory quotes, with the prices for spring lambs, hoggets and cast ewes all back on last week.

Spring lamb quotes have dropped by 50c/kg this week on last week’s levels, with procurement managers now offering 550c/kg for these lots.

On a 20kg new season lamb carcass, this represents a price cut of €10/head on last week or €14/head over the last two weeks.

Procurement managers have also dropped the hogget quoted price from 530c/kg to 500c/kg this week, due to an increase in the number of hoggets available in the UK.

Why have prices dropped?

According to procurement managers, there are a number of reasons for the fall in Irish sheep prices.

Firstly, they say that there is a plentiful supply of hoggets in the UK and due to the weaker Sterling these hoggets are cheaper for French buyers to buy compared to Irish hoggets.

A number of procurement managers also told Agriland that the French market is difficult due to reduced demand caused by mid-term break and the presence of French and Spanish new season lamb on the French market.

Procurement managers have also said that prices have declined, as the number of sheep slaughtered in Ireland continues to remain high, especially for spring lambs. 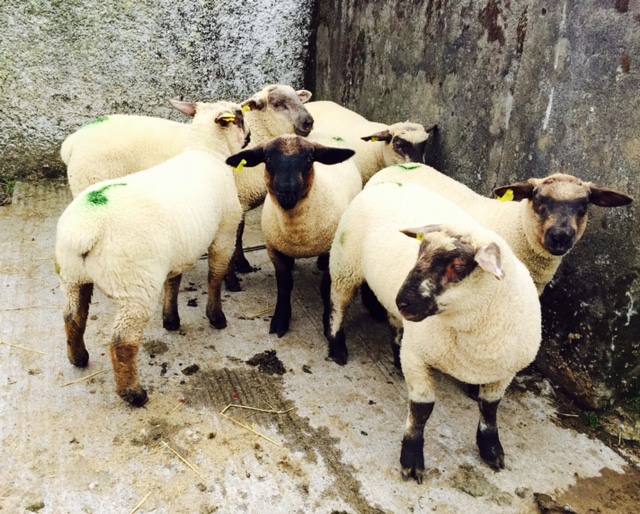 There was an ease in the number of sheep slaughtered at Department of Agriculture approved sheepmeat export plants during the week ending April 17.

Figures from the Department’s sheep kill data shows that the sheep kill for the week ending April 17 dropped by 4% compared to the week earlier.

Hogget throughput also declined by 5%, with 1,758 head fewer slaughtered during the week ending April 17 compared to the week earlier.

According to the Department, there was also a fall in the number of ewes and rams slaughtered, with throughput down by 4% or 206 head.

However, the week-on-week spring lamb throughput is continuing to increase, with throughput up 16% last week and 80% the week before.

Bord Bia reports that there has been some downward pressure in the British sheep market due to a rise in throughput caused by a large influx of new season spring lamb on the market.

The SQQ live price for lamb in England and Wales was making the equivalent of around €5.20/kg last week.

It also reports that the French sheep trade has also come under pressure due to sluggish demand with French lacaune lamb meeting the best demand.

And, retail promotions are focusing on products such as legs and chops.