Macra to host Movie Night at the Mart for mental health 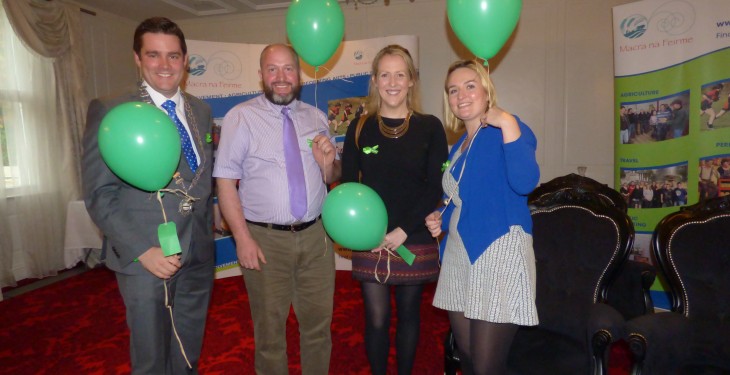 Mitchelstown Macra has come up with a new initiative to highlight mental health in the rural community; Movie Night at the Mart.

The club has organised a screening of the film ‘Pilgrim Hill‘ on Wednesday, May 4, in the Corrin Event Centre in association with a mental health organisations, First Fortnight and SeeChange.

The film offers a quietly devastating portrait of the life of a farmer in Kerry acted by Cork man Joe Mullins (Ardpatrick), according to the Macra club.

It highlights a very raw and real perspective of rural isolation and shows the pressures the farmer faces every day in not alone running a farm but also the impacts of social isolation.

Mitchelstown Macra has said that the distinct storyline tells the unspoken story of the lives of so many of our community.

Movie Night at the Mart is unique way to reach out to those who may be suffering in silence or know members within the community that feel isolated.

The event is in conjunction with the charity organisation First Fortnight which aims to challenge mental health prejudice through the creative arts.

The charity offers an alternative way for people to communicate and express mental health in a non-scripted manner.

Advertisement
Starting the conversation is the hardest but once that conversation has begun, be it through a chat with a friend or expression through the arts, a person’s whole perception about an issue can change, the charity says.

One in four people will experience a mental health problem at some point in their lives so it’s time people get talking, it says, one way or another.

Mitchelstown Macra has said that the event simply would not be possible without the support of the Corrin Event Centre Fermoy, who so generously offered their venue and wish to invite all their members to the evening.

Dairygold Co-operative Mitchelstown has also given their support to this initiative and welcomed the idea to invite their members, especially in such financial pressuring times.

Furthermore, the IFA has also come on board and helped in promoting this event and the club hopes that their members will come to view the

The idea for the movie night is to promote mental health in a fun and relaxed atmosphere.The club hopes to attract members from all organisations and communities to come together and raise awareness of these issues.

The screening of the film will take place on Wednesday, May 4 in Corrin Event Centre, Fermoy, Co. Cork and there will be special guests to speak at the screening.

Doors open from 7.15pm and entry is free for all. Mitchelstown Macra welcomes everyone to come along and to show their support for those who may be suffering in silence.