Who knew, but sheep prefer to move anti-clockwise! 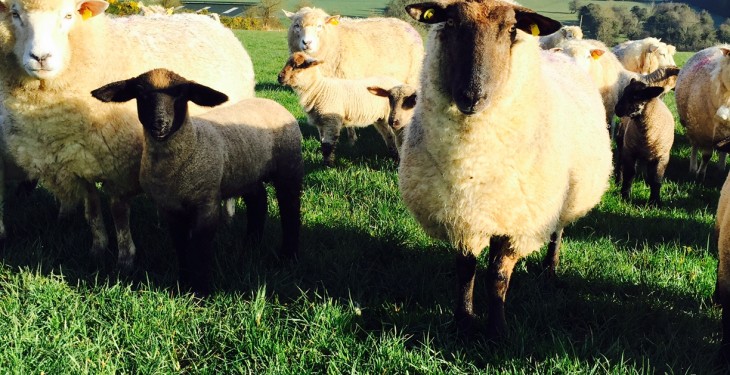 Sheep have a natural inclination to move in an anti-clockwise direction, according to Animal Management Specialist Miriam Parker.

“Flock owners must learn to recognise the behavioural instincts of their stock,” she said.

“Otherwise they will not be able to establish the most efficient animal management systems on their farms.”

Parker was speaking at the recent Sheep Northern Ireland event in Ballymena.

“Sheep behaviour is driven by their flight response to potential predators.

“And it should be pointed out in very clear terms that shepherds and dogs rank very highly when it come to the fear factor experienced by sheep,” she said.

Parker said that it is now known that the nature of their flight response is dictated by their field of vision and man’s attempts to domesticate the various breeds of sheep have had a large impact on this matter.

“For example, the lowland breeds are characterised by heavy fleece covers, including the head and eye region.

“As a consequence, these animals have very poor lateral vision, thereby impairing their flight response. Contrast this with many of the hill breeds, which have very little wool on their heads.

“In their case, no impairment to vision exists, which allows them to move off quickly in any direction, when required.”

Parker pointed out that behavioural studies completed over the past two decades had resulted in the development of more efficient ewe and lamb management systems.

We know that sheep prefer moving in an anti-clockwise direction as they progress through a race.

“There is also merit in having solid walls on the inside of a race with standard hurdles placed on the outside. By taking this approach the sheep will be unaware of the shepherd and his dog, standing on the outside, but will have sufficient vision to see where they are going.”

Parker said that it is sometimes difficult to keep sheep moving in single file along a straight race.

“One way round the problem is to take the groups back down the race in the direction from which they have just come,” she explained.

“In this way, the animals will leave the race close to the point where they were initially gathered. I am also aware that flock owners often encounter difficulties when it comes to moving sheep through a single file foot bath.

“Invariably, one or more of the animals will simply stop before entering the solution.

“This is because they associate foot bathing with a previous painful experience, when they might well have been lame or suffering with a foot related problem. The way round this is to invest in a pen-sized foot bath, which will allow the vast majority of the animals in a group run through the foot bath solution, despite one or two faltering,” she said.