‘Some sheep breeds have a higher resistance to parasites than others’ 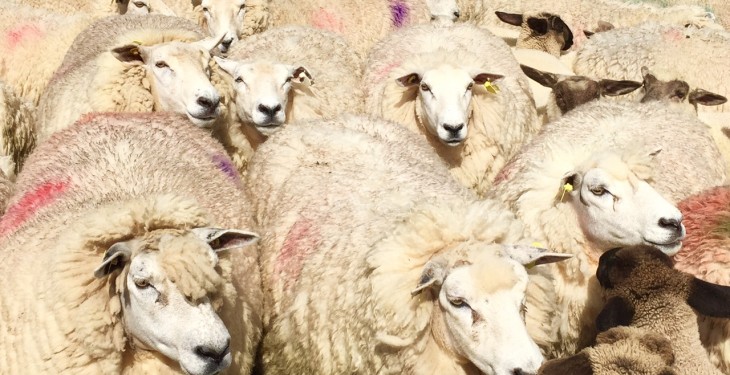 Some sheep breeds have naturally higher resistance levels to parasites than others, recent research has shown.

“Recent trials would indicate that Texels have a higher resistance to worms than Suffolks.

“So, there may well be a role for the development of specific sheep breed programmes as part of Ireland’s response to the anthelmintic resistance problem,” Dr Theo de Wall, UCD’s School of Veterinary Medicine, told the UCD Veterinary Conference.

Recent work, he said, shows that significant number of Irish sheep flocks are now showing resistance to the three most widely-used anthelmintics.

“Work carried out in 2013 confirmed that 50% of farmers surveyed in the west of Ireland had flocks falling into this category,” he said.

“What’s more worrying is the fact that nematode worms are now showing signs of developing resistance to these treatments, in tandem with the other parasite populations found in Irish sheep flocks.”

He pointed out that the prior widespread use of anthelmintics as preventative drugs was responsible for the resistance problems that are now apparent, adding that the sheep industry must get back to first principles in its tacking of the parasite challenge.

“There are no new drugs on the horizon, so the onus is on farmers to adopt appropriate grazing techniques and only treat high risk sheep,” he said.

Safe pastures include new grass leys, fields that were grazed by cattle the previous year and silage after grass, provided these swards were not grazed by lactating ewes earlier in the season.”

Dr de Wall said that the practice of drenching sheep and then moving them on to fresh pasture the same day must be stopped.

“Bought-in sheep should also be quarantined for a number of days and treated with a suitable anthelmintic on contaminated pasture, before joining their new flockmates.”