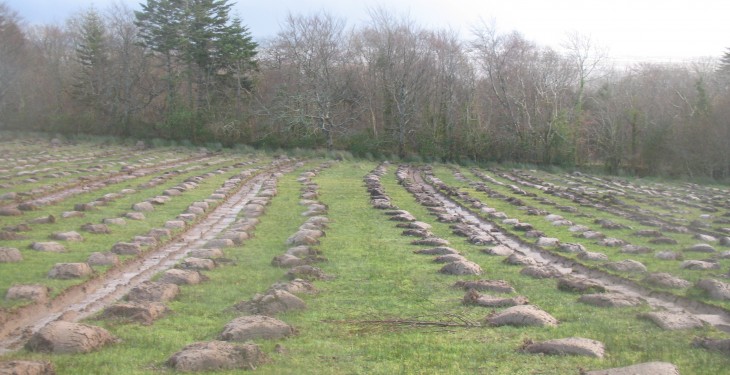 An expected 2,000 new groves of native trees are to be established under the new Green Low Carbon Agri-Environment Scheme (GLAS), according to recent figures released by the Minister for Agriculture Simon Coveney.

A native tree is defined as a tree that got to Ireland before the last Ice Age occurred and without the help of man says Steven Meyen, a forestry advisor with Teagasc in Donegal.

He recommends the following native trees for GLAS in different sites commonly found in Ireland.

These trees thrive in wet, boggy conditions and are ideal suited to establish a grove in these conditions. They will also help to dry up the surrounding site, which may allow different species to grow.

The Scot’s pine thrives in wind exposed sandy soils in particular along the coast.

Prefer rocky conditions to grow in.

The hazel trees are commonly associated with the Burren in Co.Clare which is known for its limestone soils and demonstrates the conditions it requires to grow. The Spindle require similar conditions and are ideally suited for biodiversity.

Meyen advises farmers in GLAS to choose the trees carefully, ensure a good root establishment and a healthy growth pattern.

He also advises farmers to choose the right species for the right site.

“This will allow a better a success rate when it comes to establishing the grove,” he said.

Preparation of the site is key, according to Meyen.

“Farmers must ensure the site’s soil is nice and crumbly with a minimum amount of unwanted vegetation such as docks, rushes and hungry grasses,” he says.

The planting of these trees occurs between late October to early April and Meyen recommends planting early in the season to prevent any loses occurring due to a dry spell.

Meyen says once the trees have been planted keep an eye on it and ensure that the animals such as hares, cattle and sheep don’t have access to the grove as this will cause damage and could lead to a waste of time, effort and money.

“Ensuring that proper vegetation control is carried out is important to allow the grove to establish quicker due to less competition and more nutrients made available for the trees to use,” he says.