Meatlinc sheep breed showcased for the first time in Ireland

The Meatlinc breed was profiled for the first time at this week’s Sheep NI2015 event in Ballymena, Co. Antrim.

Comprising a mix of two British and three French lowland sheep types, Meatlinc is now an officially recognised terminal sire breed in the UK. Mature rams can weigh up to 140kg.

The breed is officially controlled by the Meatlinc company, which is based in Yorkshire.

“Our aim is to improve the growth rate and carcase conformation of commercial lambs through the adoption of progressive breeding strategies,” said Meatlinc’s George Fell.

“Our work has generated a unique strain of terminal sire, which is growing in popularity with sheep producers in the UK.” 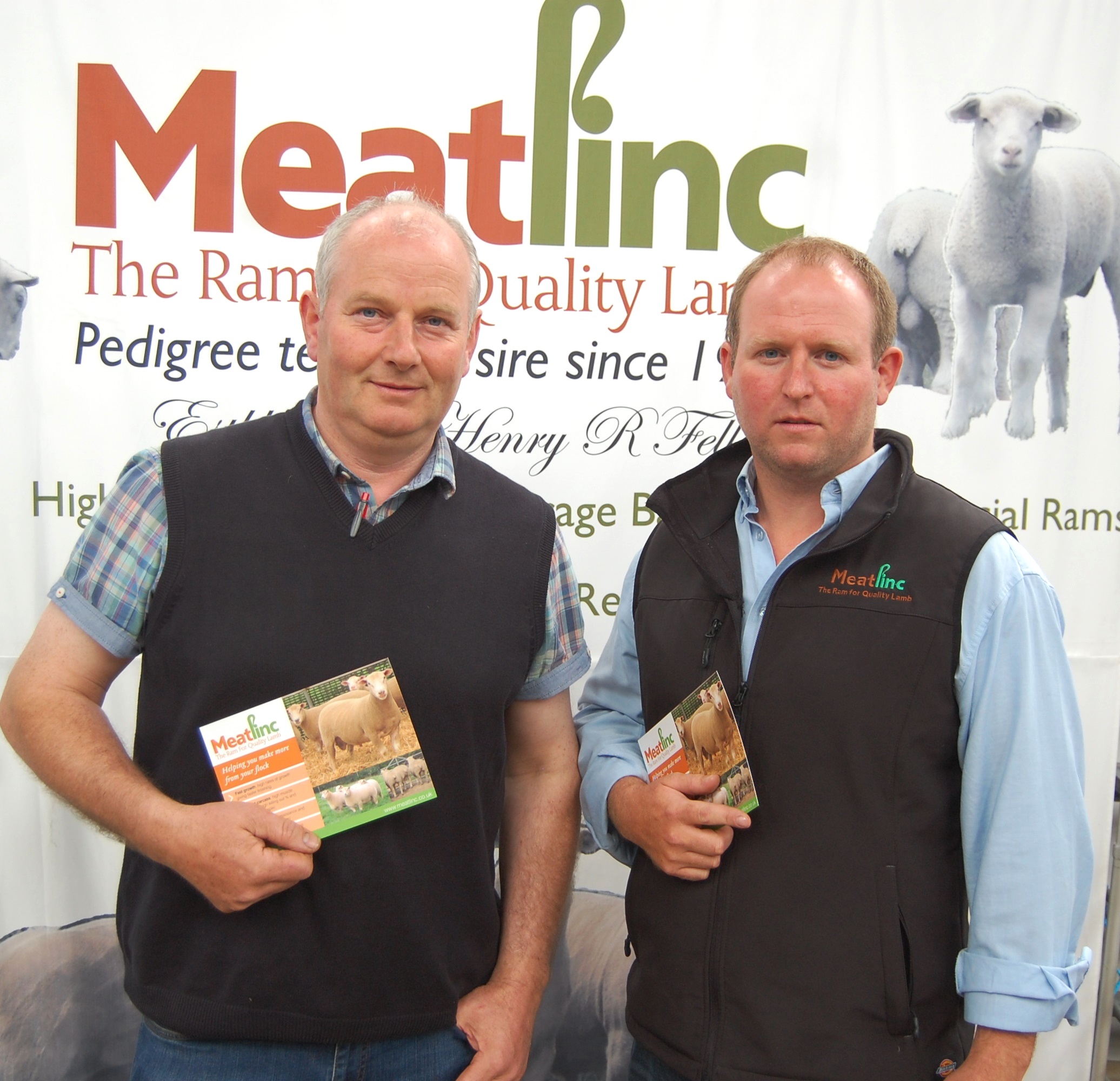 Fell pointed out that a compulsory recording programme, involving all Meatlinc registered flocks, ensures that only the top rams are entered for breed sales.

“We also guarantee that all stock sold are Scrapie-free,” he said.

Francis Connon, from Ballymena, has been breeding Meatlinc sheep for the past two years.

“The pedigree flock currently extends to 100 ewes,” he said.

“The feedback from the ram lambs sold last years has been very positive. Flockowners are confirming that crossbred lambs grow well, they have tremendous vigour and should secure top prices at slaughter.”

Isaac Crilly runs a 500-strong flock of Belclare cross ewes in Co. Tyrone. He confirmed that he has been using Meatlinc rams for the past four years and is extremely impressed with their performance.

“They have certainly improved the quality of the finished lambs coming off the farm,” he said.

“The breed has tremendous potential as a source of terminal sires for the sheep industry.”