Referendum: Amidst difficult decisions – weigh up all options

By Noirin Russell and Mary Higgins

Growing up on a farm teaches life lessons early on.

You learn when things go wrong how essential it is to have a community around you. You learn pragmatic kindness and compassion.

It’s bred into the bone.

Myself and Noirin are the daughters of farmers – both raised on a diet of hard work. We’ve known early mornings on the farm – lambing and calving in the spring, shearing in the summer and feeding livestock in the winter.

We were the first in our respective families to go to university, buoyed up on a wave of family support and a parental wish to have a good job – indoors.

We both chose to study medicine and were both attracted to obstetrics as our chosen career path. As young trainees, we were mostly exposed to the happy side of pregnancy and labour – the smile on a woman’s face as she becomes a mother, the awe-struck father as he holds his son or daughter for the first time.

However, as we continued in our training the occasional harshness of pregnancy became more evident.

In our roles as Maternal Fetal Medicine consultants in Dublin and Cork respectively, we routinely inform expectant mothers that their baby has a problem.

It is never easy and you cannot but feel a deep pain when you deliver the diagnosis and its prognosis.

These expectant mothers who sit before us are nice, ordinary women; women who reminded us of our friends, our sisters or people we had gone to school with.

They’re women whose universal line is: “I never thought this would happen to me”.

The men beside them could be: the men on your GAA team; the ones who shear sheep beside you; the ones you bought a dog off; the men from the mart. They’re ordinary decent human beings.

At some point during this difficult conversation the shell-shocked couple will look up and ask: “What happens next?”

We explain that they can continue in the pregnancy, and that all the available perinatal palliative care resources we have will be available to them.

We explain that we will go on that journey with them. They will not be alone. That’s an option that many take.

For others, and for a multitude of reasons, it’s not the right option for them. For some, the right decision is to end the pregnancy early.

As medical practitioners, it is not our role to question that choice. It should, however, be our role to offer the same level of support as is afforded to women who choose to continue their pregnancies.

Working under the 8th Amendment means that this is not possible. At a time when an expectant mother is at her lowest, feeling scared and alone, when her partner is desperately trying to be strong, we cannot support them.

The best we can do is hand over a few leaflets, walk her and her partner quietly to the door, and wish them well for the journey ahead.

Once they leave our care they will make their own arrangements to travel to another jurisdiction to have a termination.

They will have no community around them to provide support.

In many instances, they will not even tell their parents or siblings. Some of them are now sharing their stories on amazing groups like Termination for Medical Reasons (TFMR).

We know that for every woman or couple that comes forward to talk there are many more who will never share their story publicly; we know that because we have heard their stories in private though we could not support them completely.

Abortion isn’t a nice word. It’s a harsh word for a very sad and tragic time.

No one becomes pregnant intending to have an abortion. No doctor or midwife expects to take part in these decisions.

Growing up on the land we learnt that when difficult decisions must be made you weigh up the options. You work out what’s the right decision – even if that’s one you never thought you would do.

We are products of our background on the land, and we have brought that pragmatic compassion to our work. That’s why we’ve decided to vote ‘yes’ on May 25.

Noirin Russell grew up on a farm in west Cork and now works as a consultant obstetrician in Cork University Maternity Hospital.

Mary Higgins grew up on a farm in the Curragh of Kildare and now works as a consultant obstetrician in the National Maternity Hospital, Dublin.

The views expressed in this article are personal and do not reflect the views of their employers; nor do they represent the views of AgriLand. 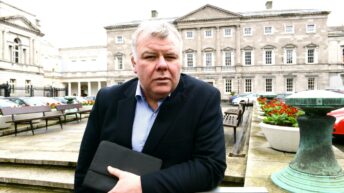 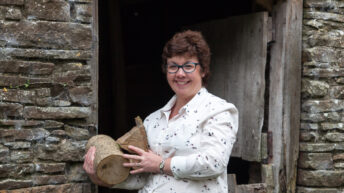 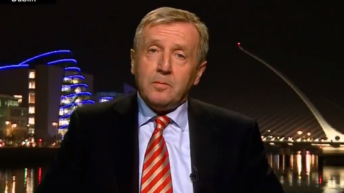