What genetics does LIC have to offer to Irish farmers in 2017?

Livestock Improvement Corporation (LIC) has a semen product that can breed great cows for Irish farmers, according to LIC’s Mark Ryder.

Ryder, the General Manager of LIC Europe spoke at a recent information evening where he said the co-op strives to provide the genetics to breed efficient cows.

Our breeding objectives in Ireland are all about breeding an efficient cow that can turn grass into quality milk, go in-calf every 365 days and will be of very low maintenance.

“We are very supportive of EBI and it is a great economic measure of animals performance, so it is a super index,” he said.

Also speaking at the event, Linda O’Neill, Sales Manager with LIC Ireland gave a run down of some of the bulls the corporation has to offer to Irish farmers in 2017.

These include a number of high performing Holstein Friesian, Kiwi Cross and Jersey bulls that are suitable for producing cows for grass-based, seasonal production systems.

O’Neill said Wearnes Fe Te Poi is LIC’s highest daughter proven Friesian bull under the Irish EBI index with a ranking of €202, but there are no Irish daughters recorded in his proof as of yet.

“He is strong on fertility and very strong on confirmation traits as well and is a Mint-Edition son.

“We have quite a few of his sons coming through now and they are breeding very nice cows,” she said. 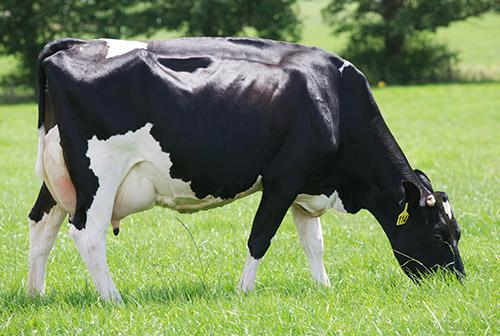 The dam of Te Poi

Maire Mint Fire-Up is another Mint-Edition son and is a full pedigree Holstein Friesian bull with an EBI of €198, she said.

“He is daughter proven in New Zealand with no Irish daughters as of yet. The first lot of calves will be actually landing on the ground here this coming spring.

“He is a very strong Friesian and is good on liveweight with exceptional solids.

This bull is actually ranked 10kg higher then any other bull in New Zealand for protein, so he is exceptionally strong on protein.

She added that Maire Mint Fire-Up will be quite popular given that he is full pedigree, has plenty of milk and had very good management and confirmation traits.

“I believe he is the new Supersonic (WDS) in town.” 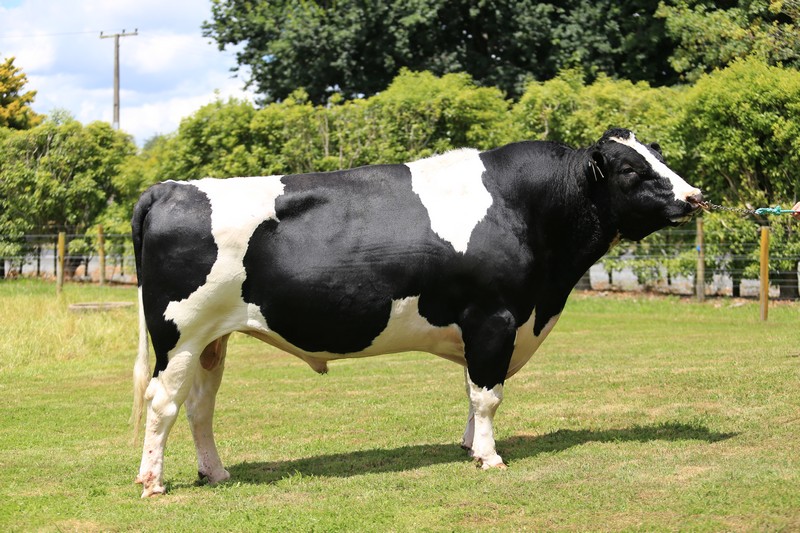 “He is one of the bulls that have came out of Premier Sires on the back  of EU quarantine requirements dropping from 104 days to 30 days.

“Without this change, he would not have been available to Irish farmers,” she said.

“Kelsbells was used widely in New Zealand in the past breeding season and is now starting to produce semen to have up her in March.”

She added that the bull has very good solids and percentages along with having an EBI of €182.

“He is actually one part Jersey, but you would never think it by looking at him and this is probably helping his percentages.

Kelsbells is going to be a very popular bull this year. 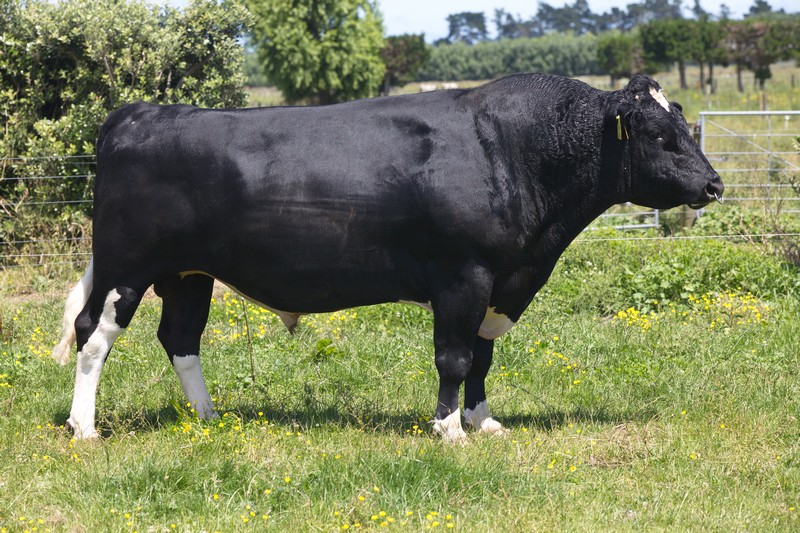 “Buster is another Mint-Edition son with an EBI of €165 with good kilograms and very strong percentages, which probably comes down from the 12.5% Jersey component in him.

“He is bull that is going to do very well this year and he has sold well over the last couple of years,” she said. 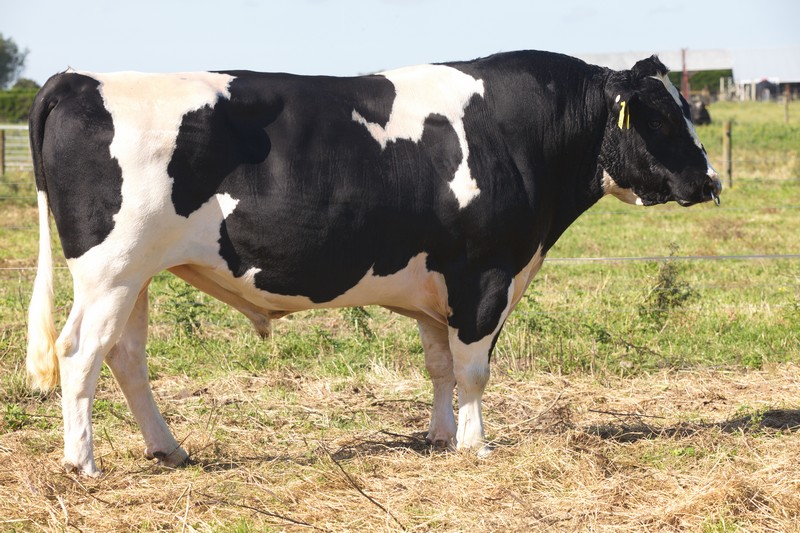 LIC Ireland also has a number of Kiwi Cross bulls available to Irish farmers in 2017, these bulls are fit for a number of different purposes as they are easy calving and suitable for heifers.

“We have now got Kiwi Cross bulls from F9 and upwards for 2017. Farmers have been looking for these bulls over the last couple of years.”

O’Neill said Priests Solaris has been widely used in Ireland and farmers are very satisfied with the results.

“Solaris is a high EBI and daughter proven bull with a breed make up of F6:J10.

He is an ideal bull to cross on British Friesian and Friesian cows that are not milky enough for a straight Jersey.

“The resulting off-spring will have a breed make up of F11:J5 and that 3/4 bred animal is what some farmers are aiming for.

“He has a good EBI of €196, he has very strong fertility and he has got the capacity needed for his daughters to take in grass and turn it into milk,” she said. 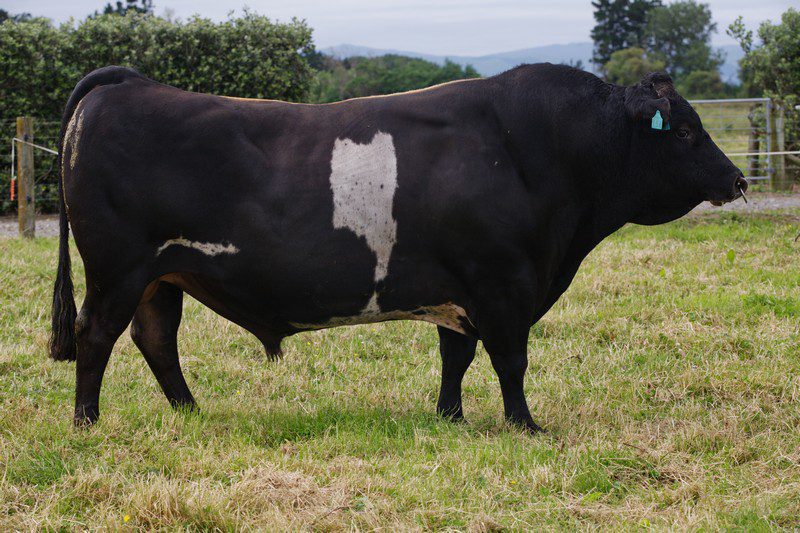 Priests Sierra is the number one Kiwi Cross bull in New Zealand with good solids and percentages, she said, and he has a F11:J5 breed make up.

This Mint-Edition son has it all, with an EBI of €227 he is the highest of the daughter proven bulls available here in Ireland.

“He is a super bull to put over your first cross Jersey heifers as he is easy calving. 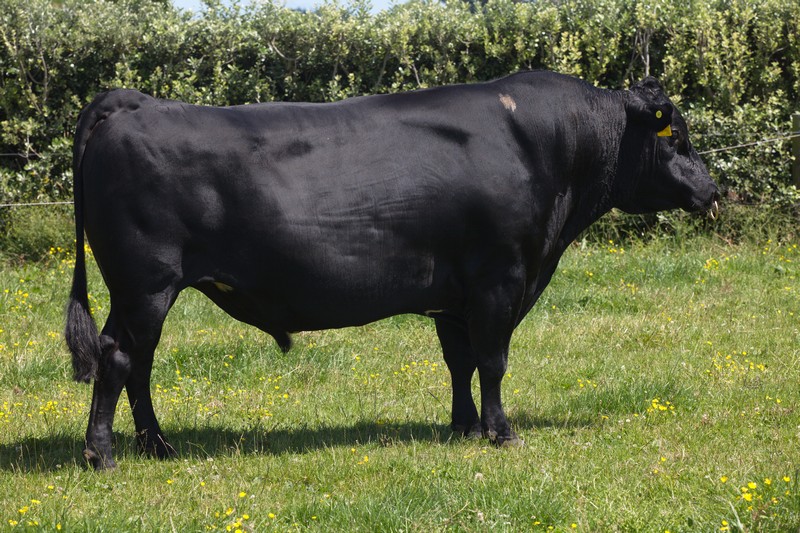 Along with Kiwi Cross and Holstein Friesian bulls, LIC also have a number of Jersey bulls available to Irish farmers this year including Bell CM Conrad.

O’Neill said Conrad has an EBI of €213 and the first calves after him will be landing on the ground this year.

“He is really going strong on his New Zealand proof currently. He is one of the higher liveweight Jerseys with exceptional milk traits and super capacity.

“That’s important because when you are using Jersey bloodlines you don’t want to breed very small cows as it’s important to have a balance between size and solids,” she said.

Conrad is a very good option for that first cross Jersey if you have a milky cow. 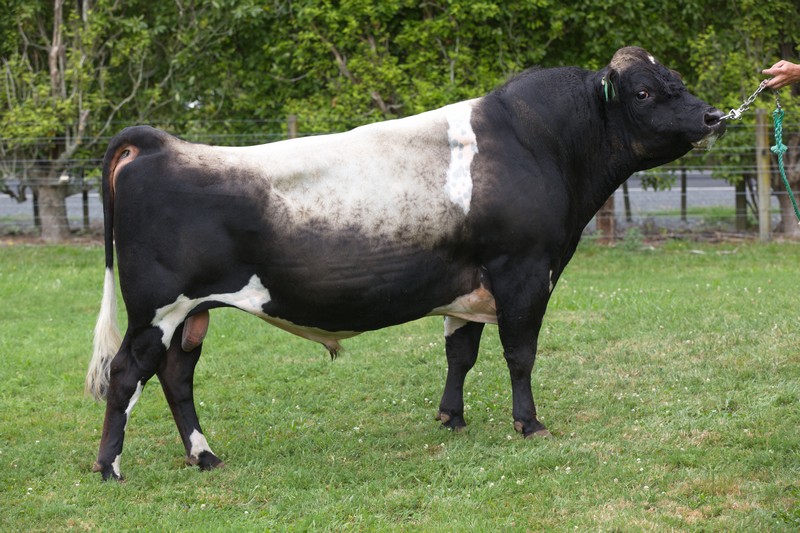