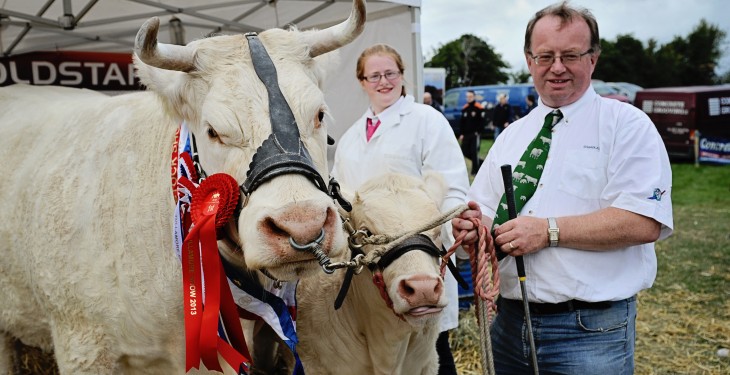 More than 61,000 people attended The Tullamore Show making the show its best yet, with talk of a two-day event next year.

The show programme included competitive and display elements, from ‘the creme de la creme’ of Irish livestock competing for the coveted Gold Medal to the very best in Irish traditions and culture.

The 600 trade stands provided hours of opportunity to see the latest in inventions, products, services, food and refreshments.

Agriculture was originally the Show’s main focus, but this has broadened considerably over the years to evolve with Ireland’s changing culture, with entertainment, food, crafts, lifestyle, pets corner and fun the order of the day.

The success of Tullamore Show has ensured its position as one of Ireland’s major attraction.

Here’s a review of Tullamore Show coverage on AgriLand.
More judging results are to follow later today (Monday), including the Macra All Ireland Farm Skills Competition. Below is a taste of best of The Tullamore Show 2013, here’s to next year!

* Cream of the crop, medal livestock winners at Tullamore Show

* The voice of Tullamore, Carrie Acheson

* Tullamore gets the show on the road

* A flavour of the Tullamore Show, photos Jennifer O’Sullivan

* A flavour of all things horticulture, crafts & a world record potato race

* A flavour of sheepdogs, sheep shearing and sheep livestock

* A flavour of vintage

* A flavour of livestock at Tullamore Show